Local Music: 'Band hop' your way across Beaufort this weekend

By Mary Ellen Thompson | When I was growing up, my family spent the occasional summer at the Jersey shore where a bunch of us kids would grab towels and embark upon a late night adventure of “pool hopping”, where we would sneak in and out of the motel pools along the beach. In later days, “pool hopping” gave way to “bar hopping”, which needs no explanation. Now my favorite activity is “band hopping” (which in all honesty may be no different than bar hopping but with a more exalted name).

If you’re into band hopping, there’s always lots of opportunity to hop-til-you-drop, all across Beaufort.

Here’s how it goes: tonight Jimmy Sauls and the Coastal Shifters are playing at The Back Porch Grill from 7 – 10, so that’s where to start. Then wander downtown and stop in to hear Vic Varner playing at Saltus River Grill, and Dawn Frank at Lowcountry Produce. Or start 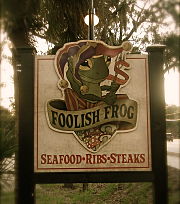 downtown at Lowcountry Produce, go to Saltus and then the Back Porch – it all depends on where and what you might like to eat. If it’s raining that’s the way to go because the Coastal Shifters will be playing outside and weather permitting.  Head on out to the islands and stop by either the Filling Station and/or Steamers , depending on which bridge you’re crossing as we try to keep this route somewhat linear,  for a bit of karaoke, then finish up at the Foolish Frog with Kirk Dempsey and the Bull Grapes.

Saturday night is Port Royal Street music with Dwayne Dopsie and the Zyedco Hell Raisers from New Orleans at 6:00, which will be over in time to catch some dinner and the last night of the Coastal Shifters End of Summer 2013 Coastal Tour at the Foolish Frog.

This is, by the way, a very short list of all the music venues in Beaufort over the weekend. Feel free to choose your own, but do remember to put a little something in the bands tip jar. 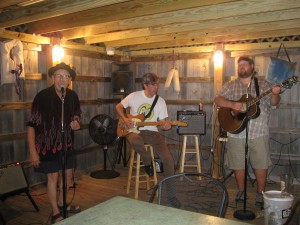