The weekend is here: Time for band hopping

By Mary Ellen Thompson | Football is taking a teensy bite out of band hopping as fall rides in on the wind. But, don’t ‘fret’. There’s plenty of live local music around the area this weekend.

Thursday begins gently downtown with Vic Varner and Thom Chambers at Breakwater Restaurant and Bar between the hours of 6:30 and 9. For those of you who are out on Lady’s Island, you have a new spot if you don’t want to leap downtown, and that is The Tavern at Royal Pines; tonight Walker Dean will be there so hop by and say hello.

Friday night has to begin at Artworks this week- “Sea Island September” is opening at 6:00 and almost all my favorite artists will be there so hop on over – you can hum to yourselves until you move on into band hopping but there will be music in the air at Artworks. You’re going to be torn by the choices tonight so get moving early. Sometimes Later Band will be playing at Lowcountry Produce Market and Cafe from 6 – 9, Snazzy Red will fill the deck at The Back Porch Grille between 7:30 and 10:30 and the Sweetgrass Angels are taking a break before the last 2 shows of Grease and will be at the Foolish Frog from 7 – 11.

Hop, skip and jump around so you can do it all!

Saturday is calm this weekend, Grease is at 7:30 at USCB and Kirk Dempsey will be playing at the Tavern at Royal Pines. As of right now the Foolish Frog is taking the night off – but that could change.

Sunday’s stroll should take you to USCB for the final matinee show of Grease at 3:00 if you haven’t already seen it, and then find Vic Varner and Friends in his usual spot at Saltus River Grill from 6:30 until 9. 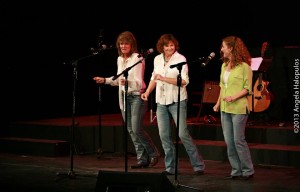