Hundreds watched in amazement over the weekend as Union and Confederate troops went at it again in a hi-action reenactment of the Battle of Pocotaligo, commemorating the 152nd anniversary of the Civil War battle at the historic Frampton Plantation in Yemassee.

The South Carolina Lowcountry Tourism Commission held a living history program including daily battle reenactments, artillery and period demonstrations, a Civil War encampment with Sutler Row, a life-size replica of the H.L. Hunley Confederate submarine and a program commemorating the 150th anniversary of the Battle of Honey Hill.

The Battle of Pocotaligo was the largest action of a three-day expedition during the Civil War intended to disrupt the Charleston & Savannah Railroad and took place on October 22nd, 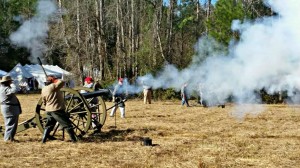 1862. There were only 2000 Confederate troops under Col. W.S. Walker defending all of the area between Charleston and Savannah, and approximately 4500 Union troops under Brig. Gens. J.M. Brannon and A.M. Terry had landed at Mackays Point, seven miles south of Pocotaligo to carry out the incursion.

With only 475 men in the immediate vicinity when the day began, the Confederate soldiers delayed the Union troops in engagements at nearby Caston’s Plantation until 200 reinforcements arrived by train. Most of the fighting centered around Pocotaligo Bridge, and by dusk the Federals withdrew toward Port Royal having done only minimal damage to the Charleston & Savannah Railroad.

For dozens of fun photos of the weekend’s reenactment, visit our Photo Gallery. 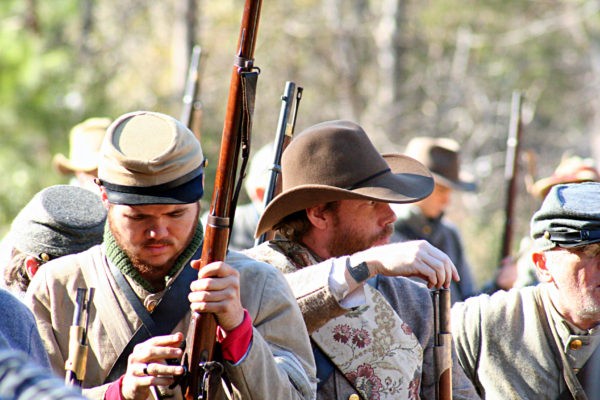 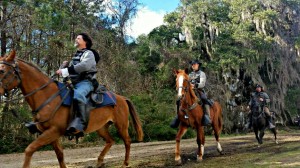