Multi-talented actress and model, Andie MacDowell, will be presented the inaugural Spirit & Pride of South Carolina Award at the 9th Annual Beaufort International Film Festival being held February 11 – 15, 2015.  The award will be presented during the festival awards ceremony on Saturday, February 14 by internationally recognized best-selling author and Beaufort, South Carolina resident, Pat  Conroy. 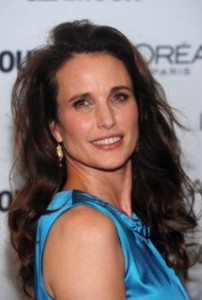 “We are thrilled and honored to announce that movie and television star, model extraordinaire, and native South Carolinian Andie MacDowell will be the first ever recipient of the newly established Spirit & Pride of South Carolina Award at the 9th annual Beaufort International Film Festival,“ stated Festival Executive Director Ron Tucker.

The new award is established to recognize that person native to South Carolina or current resident whose career achievements in the industries of film, television, or music have reflected positively on themselves and the state of South Carolina. 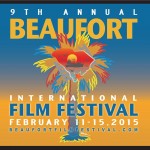 Ms. MacDowell is originally from Gaffney, a small town located in the upper part of South Carolina. She attended Winthrop College before becoming an Elite model and posing for L’Oreal and Calvin Klein. She is most notable for her acting roles in Sex, Lies, and Videotape, Short Cuts, Four Weddings and a Funeral, and Groundhog Day.  She currently stars in her own series on the Hallmark Channel, playing a small town judge on Cedar Cove, which is based on the novel by Debbie Macomber.

For more information about the 9th Annual Beaufort International Film Festival, visit beaufortfilmfestival.com. The festival is produced by the Beaufort Film Society.