The 3rd annual Beaufort Beauties Contest fundraiser event is set for March 31st at 7:30pm, at The Shed in Port Royal.
We watch for the third year as local men put their best ‘heel’ forward by dressing as women and competing in a beauty pageant sponsored by Main Street Beaufort, USA to raise money for 4 local charities.

To fill you in on the whole concept, Main Street Beaufot has asked influential men in the community to ask friends, neighbors, and business partners to support them and dress as women for a show we’ll never forget.   Each contest’s goal is to raise $1,000 that will be donated to the efforts of Main Street Beaufort, USA as well as Friends of Caroline Hospice, the Lions Club of Beaufort and Thumbs Up.
‘Miss Congeniality’ will be crowned according to the man/woman that raises the most money.   The event itself will be like a real beauty pageant with an opening choreographed number, talent show, evening gown competition, and one-on-one interviews.

Tickets are now available at the Main Street Beaufort office, 101 West Street Extension in downtown Beaufort $25.00 in advance and $35.00 at the door with cash bar.

For more info, please go to Main Street Beaufort’s website at www.downtownbeaufort.com, and you can even purchase your tickets online by clicking here. 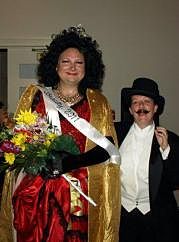