Saturday was a banner day for the kids from the Beaufort High School Voices Choir as the group competed and won across the board at the World Strides Heritage Inaugural Choral Festival in Washington, DC.  The Voices Choir, under the direction of Jordan Liane Norris, received the First Place award in its division, ranked Gold, and received an award for Best Overall Choral Performance after performing at the National City Christian Church in a competition which included other groups from Texas, Utah, California, and Washington, DC. 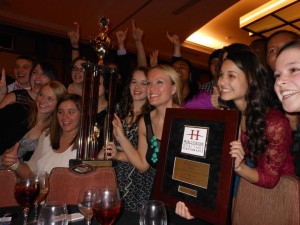 Speaking with Ms. Norris as the group made its way back to Beaufort on Monday evening she was very happy for the kids.  “As a member of Voices when I went to Beaufort High I was able to take this trip and it is thrilling to give my students the same opportunity I was given. We are all very tired but so excited to bring home two awards. This has been a once and a lifetime experience for us, and I am so fortunate to have an amazing group of students.”

It was a full weekend for the kids as well.  They traveled to the nation’s capitol on Friday and, while not competing, spent the weekend touring Arlington National Cemetery, The Smithsonian, and several other monuments and attractions.  They even got to attend the Presidential Inauguration on Monday.

This will certainly be something that the kids will remember for the rest of their lives.

You can check out the Voices Choir at their Spring Concert on April 10 & 11 at the Arts Center at Beaufort High School. 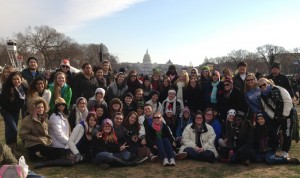