Beaufort History Museum’s fifth annual Tea, “Pearls of Wisdom”, held May 7 at Dataw Island Club, was a resounding success attracting 150 guests and raising funds to support the renovation of the museum’s exhibit hall. Patrons of the event, the organization’s principal fundraiser, sipped tea, savored delicious traditional tea delicacies, met authors and had books signed, bid on auction items and listened to speakers who described their heritage and topics from their books. 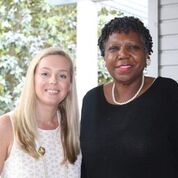 Nationally known author Kristy Woodson Harvey used the occasion to unveil her latest book The Southern Side of Paradise (Simon and Schuster) and spoke about her North Carolina roots, launching her career and her popular book series. Local writer Patricia Bee (Mama’s Pearls) was on hand to sign books and was a featured speaker. 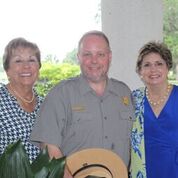 Larry Koolkin, Co-chairman of the Museum’s Exhibit Committee, talked about the success of Phase I of the new exhibit hall, which opened earlier this year, and the progress in developing Phase II.  He said that funds raised at the Tea would help toward paying the $200,000 price tag for completing the project and the ongoing need for sponsors and supporters. 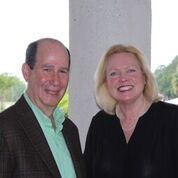 Beaufort History Museum has evolved to focus specifically on the history of the Beaufort District. It strives to manage and display artifacts and documents held by the City of Beaufort, telling the compelling stories of this area from the early 16th Century to the modern era.

The Museum’s hours of operation are 10:00 AM – 4:00 PM Monday – Saturday. Docents are on duty to provide information and conduct tours. Admission is $7.00 per visitor ($6.00 for Seniors). Children and active military are admitted free of charge.  Please visit www.beauforthistorymuseum.com or BHM’s Facebook page for updates and news from the Museum.