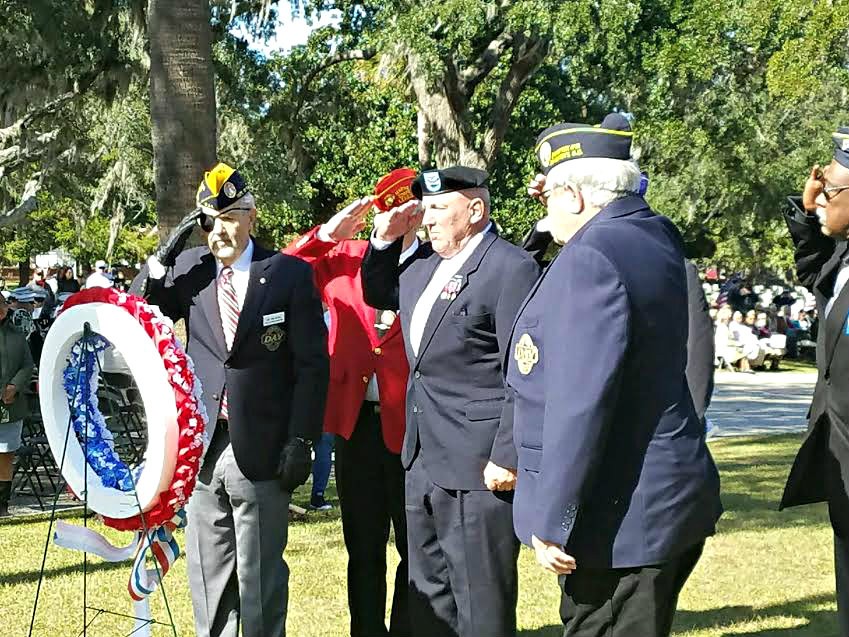 Hundreds turned out on a chilly Saturday morning to honor and remember Beaufort’s Veterans at the annual Beaufort Veterans Day Parade followed by a moving ceremony at the historic Beaufort National Cemetery.

The parade followed the traditional parade route through downtown with local veterans, floats, local schools and a performance by the Parris Island Marine Band.

Following the parade, a ceremony took place at Beaufort National Cemetery which was lined with the traditional Avenue of Flags by volunteers from the Exchange Club of Beaufort.

Following a performance by the Parris Island Marine Band, the keynote speaker at the ceremony was Glenn Blackburn, a 27 year Veteran of the 101st Airborne Division of the US Army. Glenn is a Purple Heart recipient and is also active with Tee It Up for Troops, the On Course Foundation and the Folds of Honor Foundation.

Glenn reminded everyone in attendance to “never forget to walk the line for America’s veterans…they’ve all walked the line for you.” 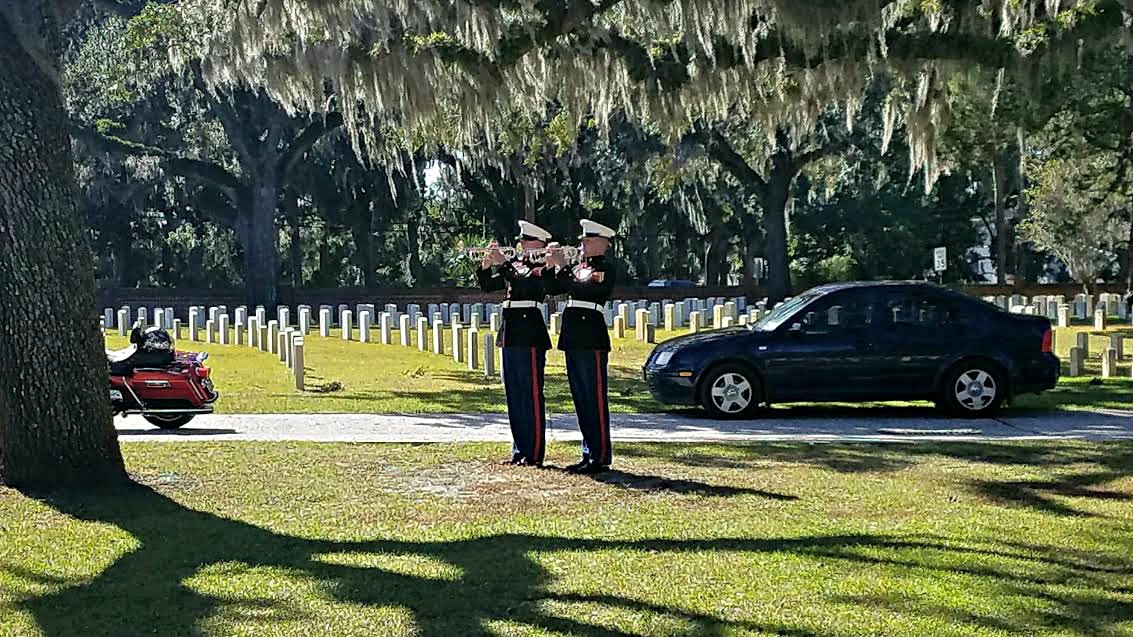 Organized and planned by the Beaufort Veterans Day Committee, the ceremony also included the traditional, and moving, POW/MIA and Fallen Comrade remembrance by USMC SgtMaj. Dwayne Farr, with the traditional empty table display and a 21 gun salute by the USMC Rifle Detail that was followed by taps performed by the buglers from the Parris Island Marine Band.

Here’s some video of the performance by the Parris Island Band in the parade, as posted on our Facebook page…

Here’s some video of the Firing of Volleys and Echo Taps at the Beaufort National Cemetery, as posted on our Facebook page…

For dozens more photos of the Veterans Day events in Beaufort, visit our Photo Gallery here. 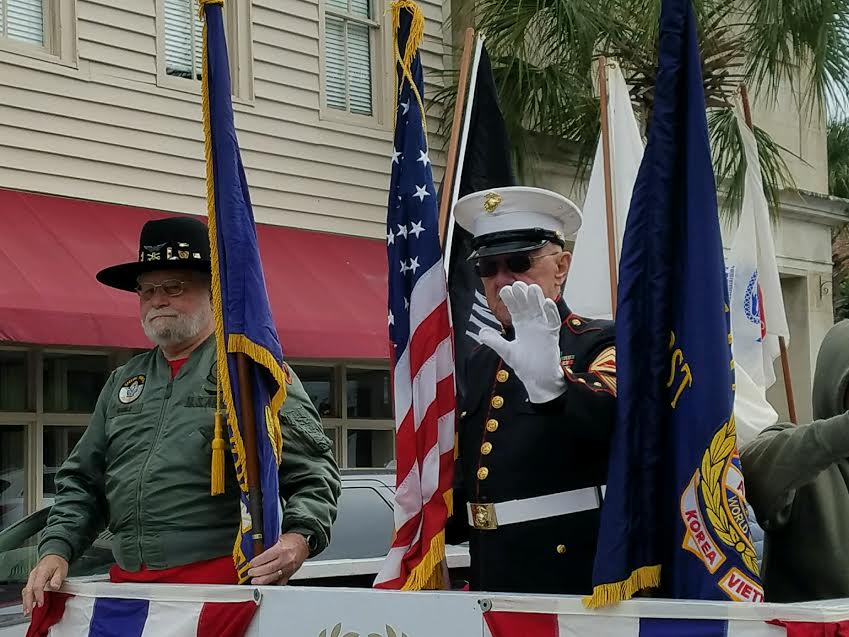 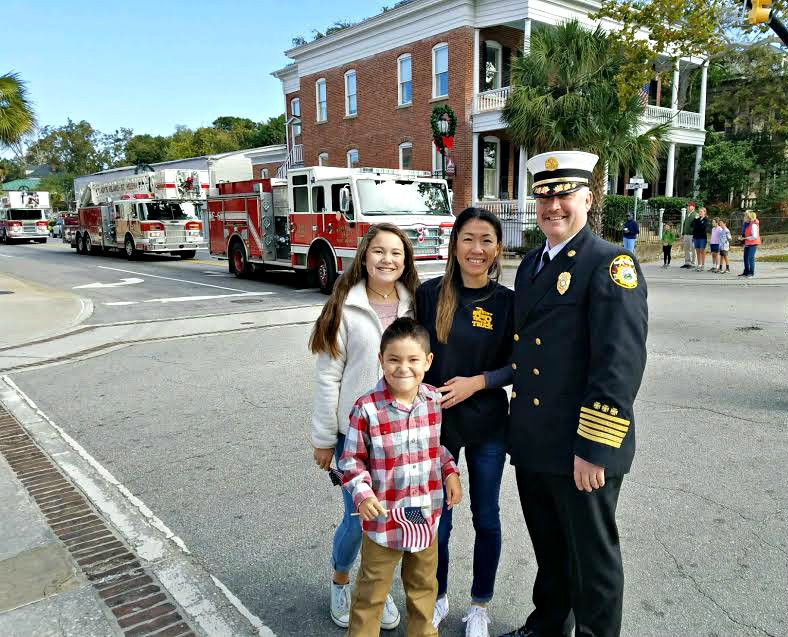 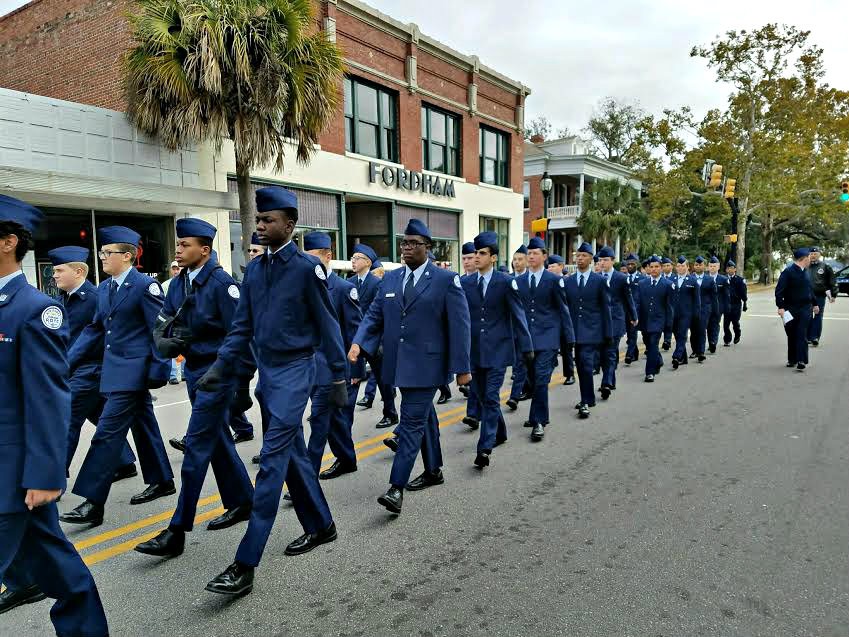 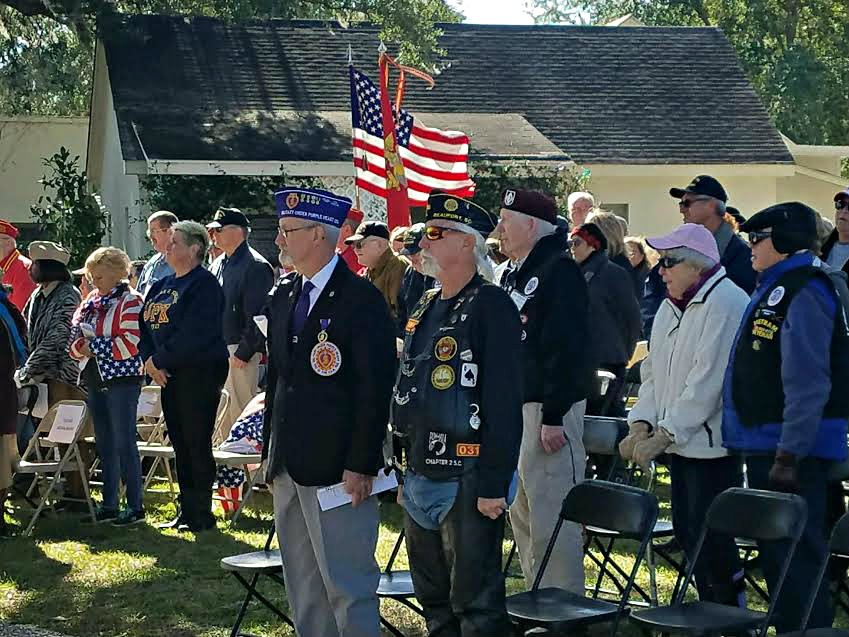 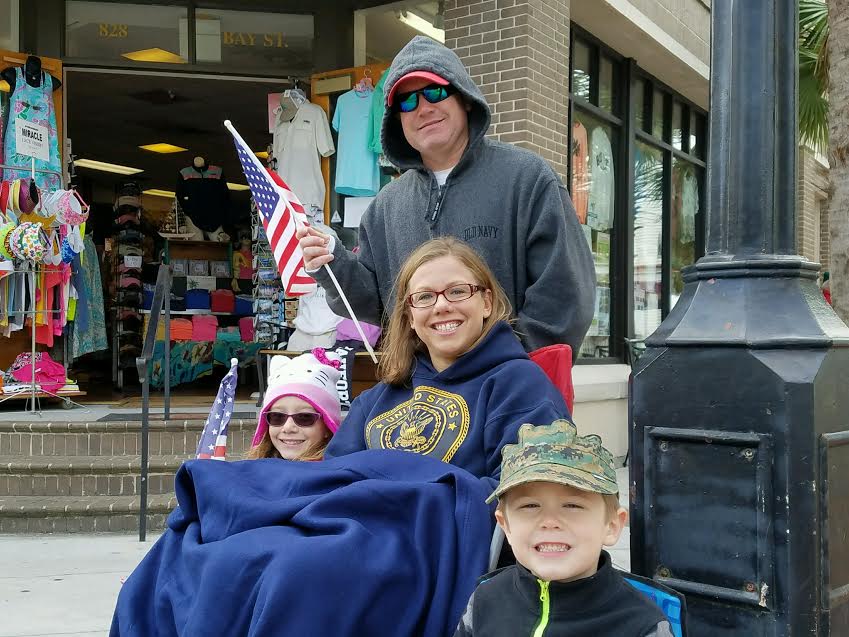