Honoring all Veterans on Veterans Day 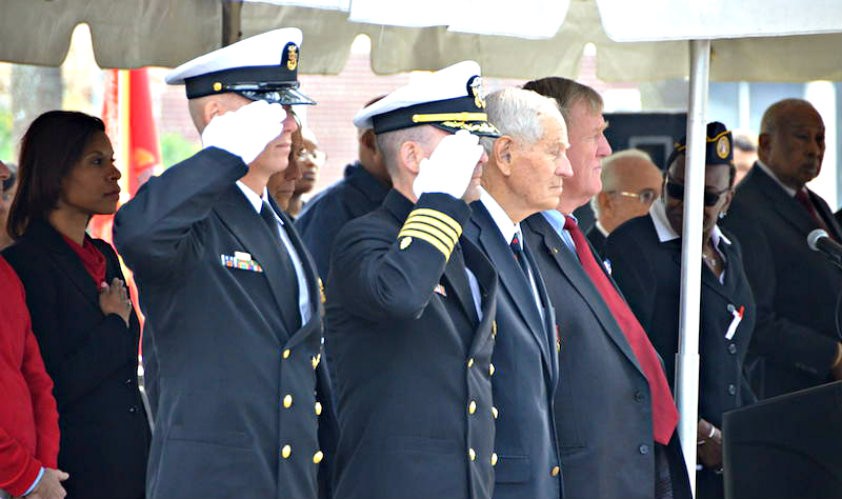 On Veterans Day we honor and remember those that have served our country, defended our freedoms and our ‘American Way’. What a miniscule gesture of saying thanks to these men and woman, so it seems, compared to the sacrifices they have made for each and everyone one of us.

A single day, just once a year, seems will never be enough.

When did it begin?

When the major hostilities of World War I were formally ended at the 11th hour of the 11th day of the 11th month of 1918 with the German signing of the Armistice, Veterans Day was created, although not known at the time. This is the precise reason why and when we celebrate, honor and take great pride in Veterans Day.

The Act was approved on May 13, 1938, which made November 11th in each year a legal holiday, known as Armistice Day. This day was originally intended to honor veterans of World War I.A few years later, World War II required the largest mobilization of servicemen in the history of the United States and then American forces fought in Korea afterward. In 1954, the veterans service organizations urged Congress to change the word “Armistice” to “Veterans”.

Congress approved this change and on June 1, 1954, November 11th became a day to honor all American veterans, wherever and whenever they had served.

In 1968 the Uniform Holiday Bill made an attempt to move Veterans Day to the fourth Monday of October. The bill took effect in 1971. This caused a lot of confusion as many states disagreed with this decision and continued to hold Veteran’Day activities on November 11th. In 1975, President Gerald R. Ford signed a law, which stated that Veterans Day would again be observed on November 11th from 1978 onwards.

Veterans Day is intended to honor and thank all military personnel who served the United States in all wars, particularly living veterans. Veterans Day traditions include parades and church services and in many places the American flag is hung at half-mast. A period of silence lasting two minutes may be held at 11am. Some schools are closed when the holiday falls on a weekday while others do not close, but choose to mark the occasion with special assemblies or other activities.

Here in Beaufort the annual Veterans Day parade is scheduled for Saturday at 9:30am.  There will also be a ceremony at the Beaufort National Cemetery, a very special place here in Beaufort with keynote speakers and officials from local military installations.

The parade will follow the city of Beaufort’s traditional route, beginning on Rodgers Street and moving along to Boundary Street, Carteret Street toward the Woods Memorial Bridge, and then and onto Bay Street before turning right again on Bladen Street.

We salute the brave heroes as they pass by, walking or even graced upon a float, in a car, or in a jeep. The American flag blowing in the wind in every corner throughout the entire parade reinforces just how proud we are to be Americans. Proud uniformed men and woman passing by one by one, as disciplined as they day they graduated boot camp.

We wave. Some toss candy which gets the young children jumping with excitement.  Beaufort’s Veterans Day parade is such a patriotic scene. Stop and remember.

On this Veterans Day, remember and acknowledge the brave military men and woman for their selfless acts of bravery for existence of this country, and its people.