Beaufort is a runner's paradise

By Anna Powell Schaffer |February is gone and March has arrived and if you are like me, its been about thirty days since your New Year’s Resolution fell to the wayside and you traded those kale smoothies for a bacon, egg and cheese biscuit. Your running shoes have slowly started collecting dust and you are starting to panic that the bridesmaid dress you bought 4 sizes to small for “motivation” for a wedding later this year was probably a poor decision.

More notably though, you have started to feel that guilt, that yet another year is slipping by as you fail to make that big lifestyle change that you just knew would stick in 2015.

Breathe. Don’t panic, you aren’t in the minority – most people have abandoned those lofty goals and backslid into the old habits that they hoped would be a distant memory by this time. The good news is this – there’s still a time for a fresh start. So you blew two months out of twelve – better then, than the better part of 2015.

For those of you who set weight loss goals, or just looking to get in better shape this year, Beaufort is the perfect setting for 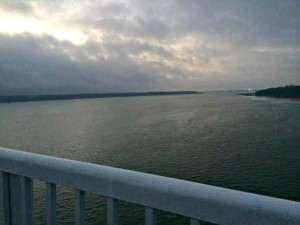 attaining your fitness goals, it is an absolute runners paradise. The mild climate, and beautiful settings can turn a mundane routine into something truly inspiring.

Don’t believe me? Try taking the 2.2-mile route over the McTeer Bridge early in the morning as the sun comes up, or take the shorter distance over the Woods Memorial Bridge overlooking our beautiful downtown marina and Henry C. Chambers Waterfront Park.

Bridge runs & walks are quintessentially Beaufort. You see familiar faces that encourage you come back day after day and the breathtaking views take away the monotony of a simple 2-mile run – turning that half hour into a special time to connect with the beauty of the Lowcountry.

So, put down the bacon, egg and cheese biscuit, grab those running shoes and get to the bridge and spend some time improving yourself – just think, Sandbar season will be here before you know it.

Just remember to take a moment halfway through your route to stop and enjoy the splendor of this place and bask in all the glory Beaufort has to offer. 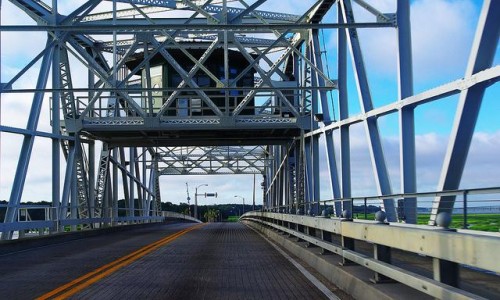