Buglers Ron Heckler and Lt. Alfredo Givens played taps at the moments that the planes struck the World Trade Center towers, the Pentagon and crashed to the ground in Shanksville, PA, and Ron Voegeli of the Exchange Club of Beaufort  presented the award for its firefighter of the year to John Robinson with the Beaufort Fire Department, and law enforcement officer of the year award to Cpl Walker Michaud of the Beaufort County Sheriff’s Office.

For dozens of photos of this morning’s ceremony, visit our Photo Gallery here. 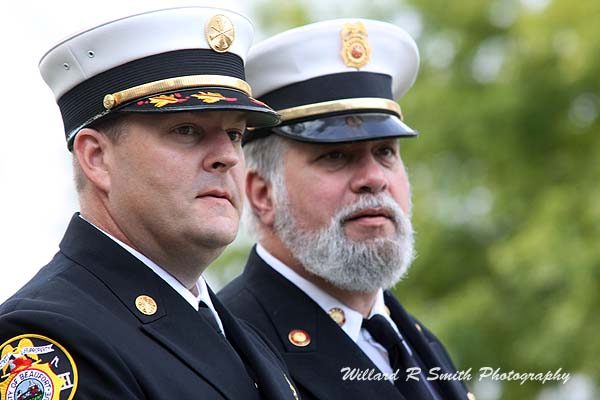