How far would you run to support a local non-profit organization and have some fun? Grounded Running owner Tim Waz celebrated his Shell Point running store’s one year anniversary on Saturday by running 65.5 miles on a treadmill to help raise money and awareness for Hopeful Horizons, a local women’s advocacy, domestic violence and crisis center.

Yes. Sixty-five and one half miles. That’s 2.498 full marathons.

The event, dubbed ’12 Hours for Hope’ was Tim’s idea. “I wanted to do something different and help the local community that has supported us so much this first year,” he said later in the evening.

“I feel great,” he said after the day of running.

“My original goal was 50 miles in 12 hours and it was just a perfect day. I had such a great support crew from my family and friends and especially Caitlin Howe, who acted as my crew chief all afternoon. I couldn’t have done it with everyone’s support.”

The event raised over $2000 for the local non profit. Funds were raised by supporters and members of the public pledging to donate a certain amount of money per mile.

“We are so grateful for Tim Waz at Grounded Running Beaufort for his support of the work we do at Hopeful Horizons,” said its director, Shauw Capps.

We can’t wait to see what Tim does for his second anniversary. 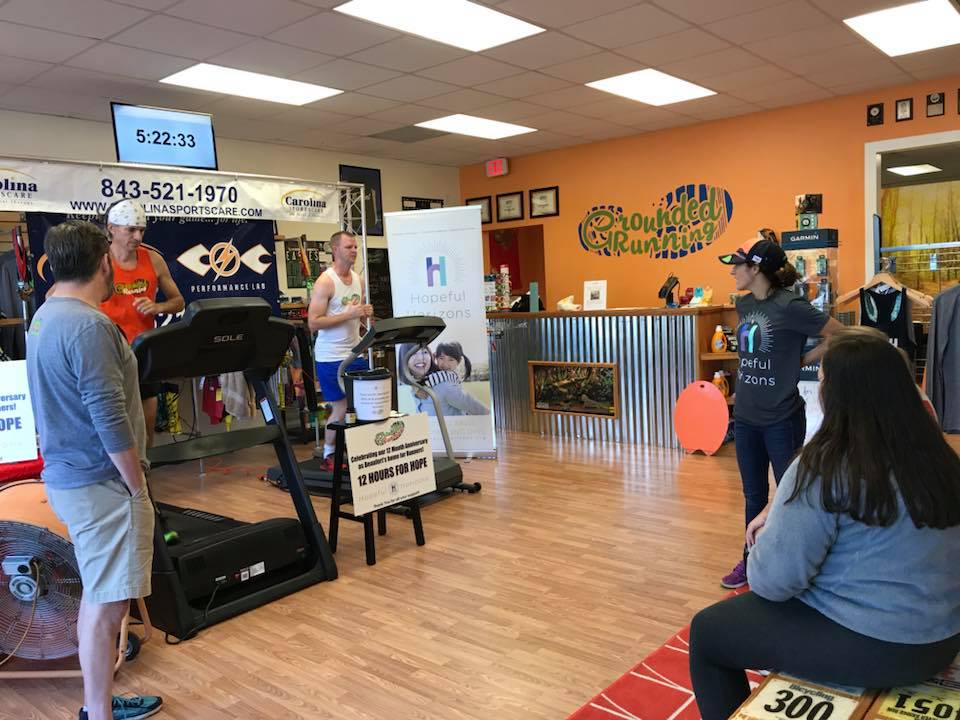