Beaufort Water Festival concludes with Blessing of the Fleet

Centuries ago in the Mediterranean, local priests blessed the fishing boats to ensure a safe and plentiful season.

At Water Festival, boats are decorated and line up to parade in front of the seawall for the blessing, and circle the harbor again for the enjoyment of the crowd. This year about fifteen boats, including  DragonBoat Beaufort’s new boat, participated in the event.

The Gracie Bell, owned by the Reeves family, was the only shrimp boat this year that graced the waterway. Prior to the Blessing, a church service was held aboard the Gracie Bell by the Shell Point Baptist Church for the enjoyment of anyone in the park who wished to attend. 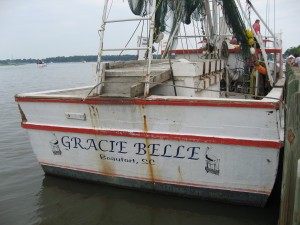 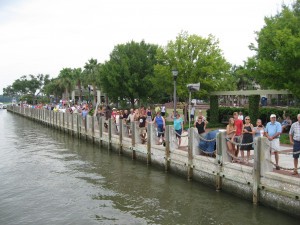 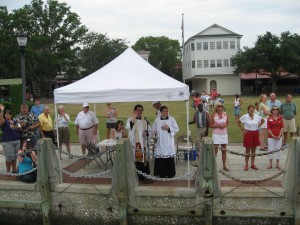 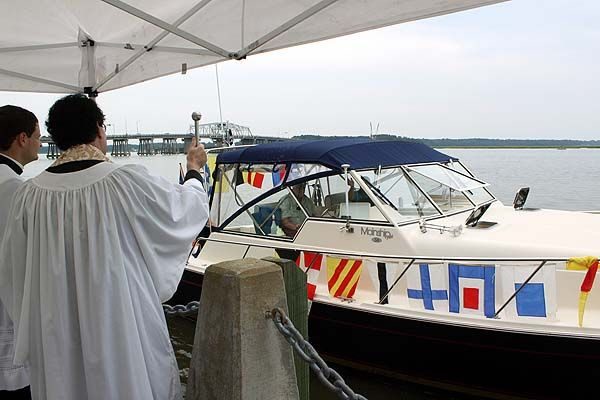