He’s been called the strongest teenager in America. Some say he’s the strongest kid in the world. We would agree. Beaufort’s CJ Cummings has been opening our eyes for years with his talent and brute strength and after being talked about on ESPN, Men’s Journal, Muscle and Strength and a host of other weightlifting and fitness magazines and websites, he’s now featured in the July issue of National Geographic magazine. 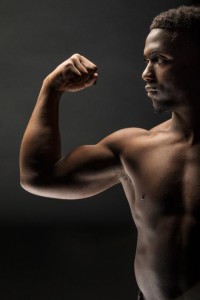 It’s only appropriate that the magazine chose Cummings in this issue; looking at how technology and smarts help athletes push their own limits. CJ is profiled in the article along with Hussein Bolt, Jesse Owens, paralympic record holder Jarryd Wallace, Florence Griffith-Joyner and others.

We’ve been astonished at CJ’s power and the number of world records he holds for a long time. National Geographic said that CJ’s body type and his technique separates him from the competition.

“He pulls the bar faster than other lifters and maintains this speed as the lift progresses,” the article said. The head of health sciences and kinesiology at Georgia Southern University in Savannah, Bob LeFavi analyzed Cummings’s biomechanics and found that a ‘perfect storm’ of attributes—strength, speed, body structure, and technique—all contribute to his success. Still a teenager, Cummings should reach his full potential in his mid to late 20s, LeFavi said.Dubbed ‘the rescuer of American Weightlifting‘ by ESPN, CJ’s rise to prominence in his sport has been happening since he first started lifting at age eleven with the Team Beaufort Olympic Weightlifting, led by Coach Ray Jones. For those unfamiliar with this sport, this is how it works. In Olympic style weightlifting, the athlete attempts a single lift of a barbell loaded with weight plates. At competition, the athletes are judged on two lifts, the snatch and the clean and jerk. They get three attempts for each type of lift, and the combined total of the highest two successful lifts determines the overall result within a bodyweight category.

At 18 years old and just graduating from Beaufort High School, we’re sure that the best is yet to come and we’ll be reading about CJ for years. They call him the strongest kid in America.

You can check out the full article at National Geographic here.

Here’s the long list of CJ’s weightlifting records both in the U.S. and across the world::