The Beaufort Arsenal: Serving since the American Revolution

The Beaufort Arsenal is one of the most significant historic buildings in all of Beaufort. In the beautiful historic district of downtown Beaufort, our nation’s oldest arsenal building sits and welcomes visitors to our town year-round.

It was designed by Colonel Thomas Tailbird in 1795, with construction completed in 1798 at the whopping cost of $2,500. The original structure was built of Tabby and covered with tiles with a wall surrounding it that was also made of Tabby.

By the 1850’s the original building was in disrepair, and with the threat of secession pushing through South Carolina, and being lead by Beaufort’s own Senator Robert Barnwell Rhett, the small seaside town of Beaufort needed to think about military protection.  The local wealthy cotton planters and landowners raised $2,835 to rebuild and reconstitute the building.

At this time, the second floor was added as a large drill area, the Tabby wall surrounding it was replaced with a brick wall covered in stucco, and the newly popular Gothic Revival style was introduced into the design.  The building again saw reconstruction during 1935 to 1940.  The two one-story wings were added along with other second floor additions over the original 1798 wings.

The Beaufort Arsenal was the home of the Beaufort Volunteer Artillery, commissioned in 1802, which had its roots in an earlier company organized in 1776 during the Revolutionary War.  The BVA was stationed at Fort Beauregard during the Battle of Port Royal on November 7, 1861. 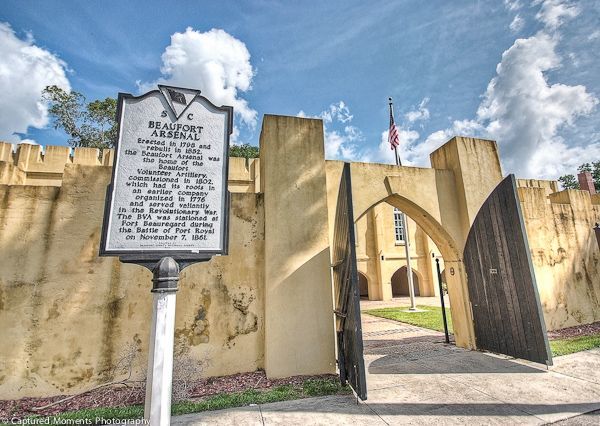 After the Civil War, in 1878, the Beaufort Volunteer Artillery was reorganized by Dr. Henry M Stewart with all surviving Confederate soldiers involved with the BVA elected as honorary members.  At that
time The Arsenal became a place for hosting social events and military ceremonies.

In 1892 the BVA became the South Carolina National Guard.

With the outbreak of the Spanish American War, the unit volunteered for service and manned batteries on Parris Island throughout the entire conflict.  During WWI the Beaufort National Guard was mobilized for service.

With over 200 years of service to Beaufort, the Beaufort National Guard and The Arsenal have been a huge part of Beaufort’s history.

Today residents and visitors alike enjoy this proud symbol of Beaufort’s important past.

In recent history The Arsenal became home to the Beaufort Museum, Family Court, tax offices, and today houses the Beaufort Visitor Center.  The building is also the location for many different local events. 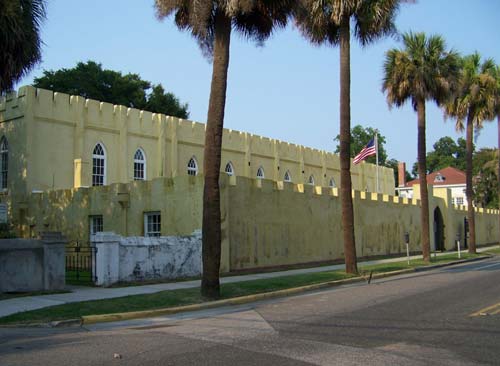