Beaufort's History Museum opening May 19th: A look inside

May 19th brings the grand opening of Beaufort’s new History Museum housed inside City Hall at 1911 Boundary Street.  We took a sneak peek this past week while work is still in progress, and we were quite pleased with the new facility to the point

where we shared in the near-contageous excitement of the volunteers who are working tirelessly to ensure the project is at it’s best for the upcoming opening day, one week from today.  Much more than just a ‘place to display’, the inside of the museum feels like a museum, and after stepping through it’s doors you’ll surely forget that you’re inside the new City Hall building.

The new Beaufort History Museum will provide a tangible record of Beaufort’s history and also an opportunity to show how a joint venture of public and private efforts and funding can provide a valuable resource to our community.
Being in a large space with the remnants of Beaufort’s storied past, you’ll be wandering through a myriad of exhibits from the days of Native Americans, the European Exploration and settlement of Beaufort, the Colonial era, the Civil War era, reconstruction and beyond.  Plenty of important and unique artifacts giving us a glimpse of how life was as Beaufort evolved are on exhibit along with models and replicas of 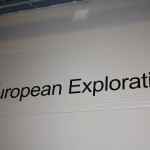 historical signifigance.  You can even see the original, or perhaps the second set of doors to Beaufort’s historic Arsenal and the oven from the Mather School, founded shortly after the Civil War.
Plan to take a visit and support the new Beaufort History Museum.  Learn more at www.beauforthistorymuseum.com
Please enjoy some photos of the museum…  G.B. 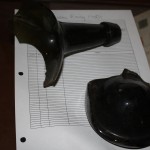