Beaufort’s own Natalie’s Daise’s original one-woman play, “Becoming Harriet Tubman” has been selected by the Piccolo Spoleto Festival of Charleston to run during the internationally-recognized festival.

“Becoming Harriet Tubman” is a one-woman show that tells how one little girl became an historic icon. Through narrative, music, and five characters based on real people, this 60-minute play compellingly portrays the legend of the former slave-turned abolitionist Harriet Tubman. She was a Union spy, the conductor of the Underground Railroad, and fought in the Lowcountry during the Civil War.  This play provides insight, entertainment and education for audiences of all ages.

Natalie Daise was a featured storyteller at the 2012 BIG Story Fest in Beaufort, and a resident artist at 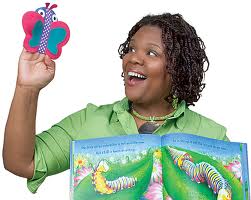 ARTworks. She is well known for modeling effective and joyful parenting, and for bringing Gullah culture to national and international television audiences through Nick Jr’s ‘Gullah Gullah Island.’  Daise is an actor, singer, storyteller, and visual artist: her handicrafts have been featured on HGTV’s “Country Style” and in the magazine Coastal Living, and her performances with husband Ron have validated and celebrated the Gullah people for a decade. Together they have been awarded South Carolina’s prestigious Palmetto and Folk Heritage Awards.