Candice Glover to perform at National events in Washington, DC

Winning American Idol comes with many perks.  We saw the cars that Ford so kindly gave the two finalists.  We also have started seeing Beaufort’s own Candice Glover go on her whirlwind tour of national television talk, news and entertainment shows starting last Friday night with The Tonight Show with Jay Leno, and then this upcoming Monday morning with ABC’s Live with Kelly and Michael.

That won’t be stopping anytime soon.

One of the ‘perks’ of being selected the winner is the extreme honor of singing in the National Memorial Day Concert on the West Lawn of the U.S. Capitol Building.  Candice will sing the National Anthem at the beginning of the concert that will be televised nationally on PBS on Sunday May 26th, at 8pm.

Yep.  That’s a biggie.  It’s a long way from St. Helena Island.  But then again, it will be that way for a long time to come for Candice.  Her life has changed.  Forever. 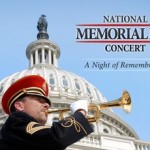 Watching it all unfold will be very exciting for us all.

The National Memorial Day Concert includes performances/appearances by Gary Sinise, Joe Mantegna, General Colin Powell, the National Symphony Orchestra, military bands and choruses, and a whole lot more.  The show is also seen overseas by U.S. military personnel in over 175 countries and aboard over 200 U.S. Navy ships at sea on American Forces Radio and TV.

A Capitol Fourth: America’s Independence Day Celebration  is America’s favorite Independence Day celebration and features unrivaled performances from some of the country’s best-known musical artists, topped off by what is usually considered to be the greatest display of fireworks anywhere in the nation.

Candice will return to the West Lawn of the U.S. Capitol Building to perform in the concert on July 4th, which is also aired live on PBS from 8 to 930pm.

We can’t wait.  It’s almost as if there’s a little piece of every one of us there with her. 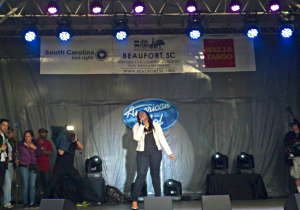