Singing sensation Candice Glover, who won the 12th season of American Idol and has become one of America’s premier emerging vocalists, will perform during Homecoming Weekend at the University of South Carolina Beaufort on Oct. 4th.

USCB’s Second Annual Homecoming Concert will feature many of the rhythm and blues songs that propelled the Lowcountry singer to become only the fourth African-American winner in American Idol history after she was selected the show’s top performer last year.

The feat was even more significant because she was the only entertainer to be cut twice after auditions before making it to the live rounds and emerging as the 12th season winner. Her debut album, Music Speaks, was released in February. On the album, she pays tribute to the legendary vocalists who inspired her over the years: Aretha Franklin, Patti LaBelle, Marvin Gaye and Whitney Houston.

Born in Beaufort, the oldest of seven children, Glover grew up on St. Helena Island. She began singing at age 4. 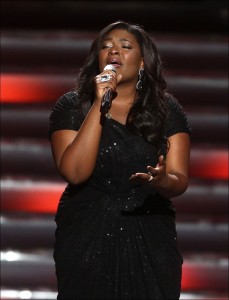 She performed her first solo in church and finished to a standing ovation.

Glover graduated from Beaufort High School in 2008 and entered USCB with the intent to study psychology. She left in 2012 to pursue a singing career through American Idol.

Following her success on the show, she has performed her debut single “I Am Beautiful” on The Tonight Show with Jay Leno and has appeared on Live! with Kelly and Michael.

“We are very excited about our Second Annual Homecoming Concert on USCB’s campus” says J. Michael Bonnette, assistant vice chancellor for development at the university. “We saved the best for our second year by having Candice Glover as our entertainer for the evening. We were looking for an opportunity to host the local community on campus and I can think of no better ambassador for the Lowcountry of South Carolina than Candice. She spent some time with us as a student some years ago, but we are so fortunate to have her come back to share her well-established talents with us as an American Idol winner.”

Glover’s concert will take place on the Hilton Head Gateway campus in Bluffton. Gates will open at 5 p.m. Her concert will begin at 7:30, preceded by an opening act at 6:30. Tickets go on sale Aug. 17th.

Tickets are free for youngsters five and under, and free for USCB students. Admission is $15 for the general public and $20 at the door. For tickets and information, go to uscb.edu/homecoming. 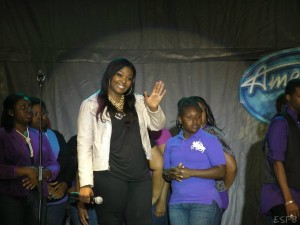