New and more appropriate street signs are being erected in Beaufort’s National Historic Landmark District this summer, completing an effort that began more than a decade ago.

“This has been a long time coming, but the effect is impressive,” said Beaufort Mayor Billy Keyserling. “The new street signs are easy to read, they will be used only on streets in the Historic District, and they also have a ‘1711’ to showcase when Beaufort was founded. I’m very pleased.”

In 1954, the Beaufort City Council approved the first street name signs for the city. The signs were white with 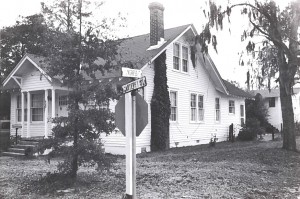 black letters, with a black border. Over time, those signs deteriorated and were replaced with state-issued street name signs with white lettering on a green background.

Hoping to emphasize the unique nature of Beaufort’s Historic District, the city’s Historic District Review Board in 2002 approved a design that was reminiscent of the original signs. Those designs sat untouched until 2009, when the city Planning Staff resurrected the effort.

Beaufort’s Planning Department and Public Works Staff worked with sign companies at that time to create a design and get pricing information. A prototype was installed at the corner of Carteret and Port Republic streets — but no additional signs were added at that time.

“We worked hard to make the news signs easy to read and historically appropriate to our National Historic Landmark District,” said Lauren Kelly, Beaufort city planner. “We wanted to help our visitors identify and appreciate the streets and homes in the Historic District, and it gives each street sign just a little something extra, along with the ‘1711’ notation.”

Earlier this year, city leaders faced the need to order new street signs for some areas of Beaufort, particularly the historic district, said Isiah Smalls, director of public works and facilities management for the City of Beaufort.

“Some of the delays came from budget priorities, some of it came from having other projects to tackle, but in the end, we have very nice and very appropriate-looking street signs going up in our Historic District,” Smalls said. 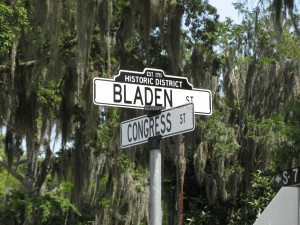