It was Candice Glover Day in Beaufort and with a Saturday evening of rain the sun came out as soon as Candice took the stage in her Hometown Hero Concert before a throng of fans of the size that Beaufort has most likely not seen before.  Singing some 5 songs including her much lauded rendition of ‘Love Song’, as well as ‘Girl On Fire’, ‘Come Together’, she put on quite a show.

Candice had a day full of appearances on Saturday starting in Habersham and including stops on Fripp Island, Penn Center, a 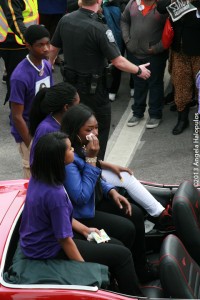 wonderful reunion and dinner at home, and several other whirlwind stops in between.

Fans were boisterous at times, and downright raucous at others, and you could tell that it all meant so much to the singer.  She tweeted late Saturday night, “Seriously the best day of my life. Details in the morning. I may or may not be sleeping while standing…”.

Beaufort Mayor Billy Keyserling presented Candice with the key to the city, but it wasn’t your average key.  This one was made from bull rush, a local sea grass.  The Mayor asked popular local traditional basket maker, Jery Taylor to create it, and local artist Terry Brennan to add all of the art and finishing touches.  Mayor Keyserling said, “We have a key but we don’t need it because our hearts are open to all, so a key is not necessary.” 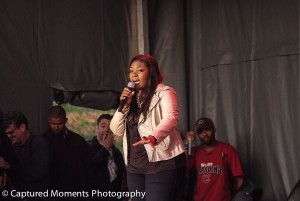 Earlier on Saturday, SC Governor Nikki Haley declared that May 4th would be ‘Candice Glover Day’ in South Carolina.   The Governor rode in the parade in a light green vintage convertible Ford Mustang, and later presented Candice with the official proclamation onstage during the concert.

The parade itself was literally a mass of humanity on the bluff.  With Candice also riding in a vintage convertible Mustang, her’s red, she cried through part of the parade, humble, and as amazed as can be with the love and support Beaufort has shown her on this day.  Her day.

“I didn’t even know there were this many people in Beaufort”, she said during the concert.

For HUNDREDS of photos of ALL of the Candice Glover American Idol Hometown Hero events, visit our Photo Gallery>>> 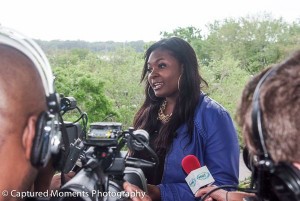 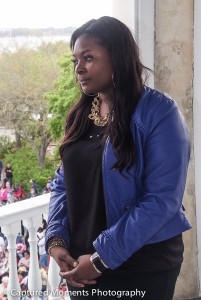