Follow Chely the Beaufort bear as she makes her way around the Beaufort area visiting a different local historical site each week, showing us parts of history and culture that have helped shape Beaufort into the amazing town it is today.

On this Saturday morning in Beaufort, Chely visits The Castle…

‘The Castle’ was built for Dr. Joseph Fickling Johnson in 1861 as a replica of a home he saw in England.
That English home that he adored was destroyed in WWII.  The Castle is known to be one of the most photographed homes in America and said to be the current home of a French Huguenot dwarf spirit.
Six enormous columns support the grand double portico and the home has four triple chimneys. There are seventy nine windows, six bedrooms, and five and a half bathrooms.
The plan for this magnificent home was put into place in 1859. Unfortunately for Dr. Johnson, the Civil War arrived before the construction of his home. When Union troops showed up on the Beaufort shores in November of 1861, residents deserted their mansions and plantations. It is rumored that Dr Johnson, before leaving his unfinished Castle to fight on the Confederate side of the War, buried some jewels and silver under the out-building on the west side of the home.
When Beaufort and the Sea Islands became occupied by Union troops, the Castle became a military hospital for African-American soldiers and contraband slaves. The outbuilding did duty as a morgue, and the grounds surrounding the house may possibly have even been used as a graveyard.
After the war, Dr Johnson returned back to Beaufort.  He went to the property and dug under the out-building, and he retrieved his treasures. He used that to buy back his beautiful home from a government tax sale at a price of …two thousand dollars.
Many of the other residents that fled from Beaufort during that period never returned to claim their homes.
The Joseph Johnson House stayed in the Johnson family till the 1980’s.
Dr Joseph Johnson and many of his family are buried in the St Helena Episcopal Church graveyard in Beaufort. 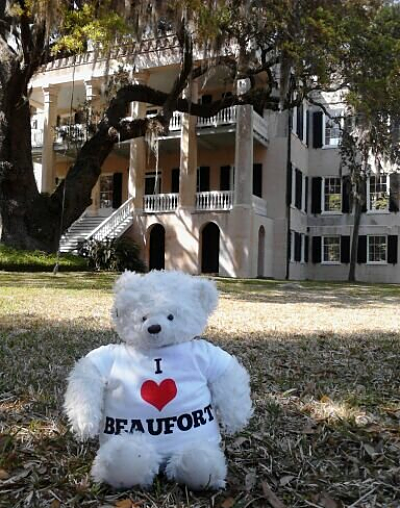