On Tuesday evening, the city of Beaufort passed a resolution opposing offshore drilling and the use of seismic airguns to search for oil and gas deposits off the local SC coast.

Beaufort is now the first community in South Carolina to formerly pass a resolution opposing offshore drilling, and the 33rd coastal community to publicly oppose or voice concern with seismic airgun use, which local communities say would threaten local fisheries, economies and marine mammals.

Local opposition is being helped by Oceana. Oceana is the largest international ocean conservation and advocacy organization and works to protect and restore the world’s oceans 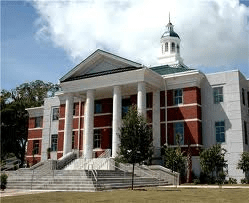 “Oceana applauds Mayor Billy Keyserling and the city council for standing up for the residents of Beaufort and saying no to offshore drilling and seismic blasting,” said Samantha Siegel, campaign organizer at Oceana. “It’s no secret that the oil and gas industry is a dirty and dangerous business, and seismic airguns create one of the loudest manmade sounds in the ocean. Offshore drilling and seismic exploration would be disastrous for Beaufort, the state of South Carolina, and the entire East Coast.”

“Simply put—our state and local governments spend millions of dollars to bring people here to enjoy our natural environment. Why in the world would we put that at risk?” said Mayor Keyserling. “We’ve become almost energy independent, and we have yet to harness the opportunity of generating alternative sources of energy. This is a no-brainer.”

Local activist and small business owner, Megan Feight, who created and circulated a local petition against it, remarked, “tonight we celebrate a victory within the fight on offshore drilling as Beaufort City Council passes this resolution–our future is going to be a better place.”

Additionally, the South Carolina Small Business Chamber of Commerce has opposed offshore drilling and seismic blasting joining 60+ members of Congress, well over 200 local elected officials, more than 160 conservation and animal welfare organizations, as well as the Billfish Foundation, the International Game Fish Association, the Southeastern Fishery Association, and the Mid-Atlantic Fishery Management Council all have stood in opposition to the use of seismic airguns.

Oceana has delivered more than 100,000 petitions opposing their use to the director of the Bureau of Ocean Energy Management. after the Obama administration released its draft five-year plan for oil and gas development on the Outer Continental Shelf, with huge swaths of the Atlantic Ocean and Arctic Ocean included for potential development, including the coast of South Carolina.

Why no seismic airguns?

According to Oceana, seismic airguns are towed behind large ships and fire extremely loud blasts of compressed air through the ocean and miles under the seafloor to search for oil and gas deposits. These dynamite-like blasts can occur every 10 seconds, for days to weeks at a time, and are incredibly dangerous to marine wildlife and fish. Seismic airguns are loud 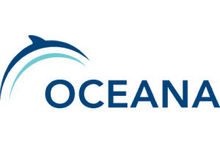 enough to kill small organisms like fish eggs and larvae at close ranges and can disrupt the behavior of large animals like whales and dolphins from up to 100 miles away.

Impacts to marine mammals from seismic airgun blasts can include temporary or permanent hearing loss, disruption of vital behaviors like communicating, feeding, mating, calving and migrating, and masking of biologically important sounds. According to the Department of the Interior (DOI), these dynamite-like blasts could injure and possibly kill as many as 138,000 marine mammals, while disrupting the necessary activities of millions more. Similar blasting off the coasts of Namibia and Australia has resulted in declines in tuna catch and decreased productivity of the scallop fishery, respectively.

One species of particular concern is the North Atlantic right whale, the rarest large whale species, of which there are only approximately 450 left worldwide. Acoustic data from Cornell University’s Bioacoustics Research Program recently found that right whales off the Virginia coast are in the path of proposed seismic airgun blasting year-round.

An Oceana report released last year outlines the threats of seismic airgun use and offshore drilling to marine life and coastal economies along the East Coast, including the potential danger to commercial and recreational fisheries, as well as tourism and coastal recreation, which puts more than 635,000 jobs at risk in the blast zone.

Oceana believes that the federal government should reinitiate the environmental review process to include the best available science before determining whether to move forward with permitting this dangerous activity off the East Coast.

And the City of Beaufort clearly agrees. 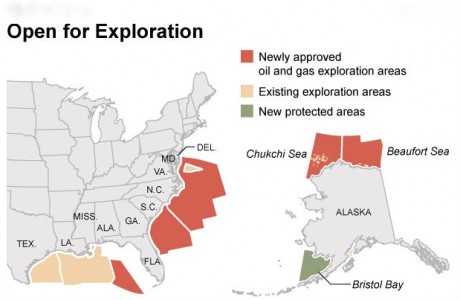