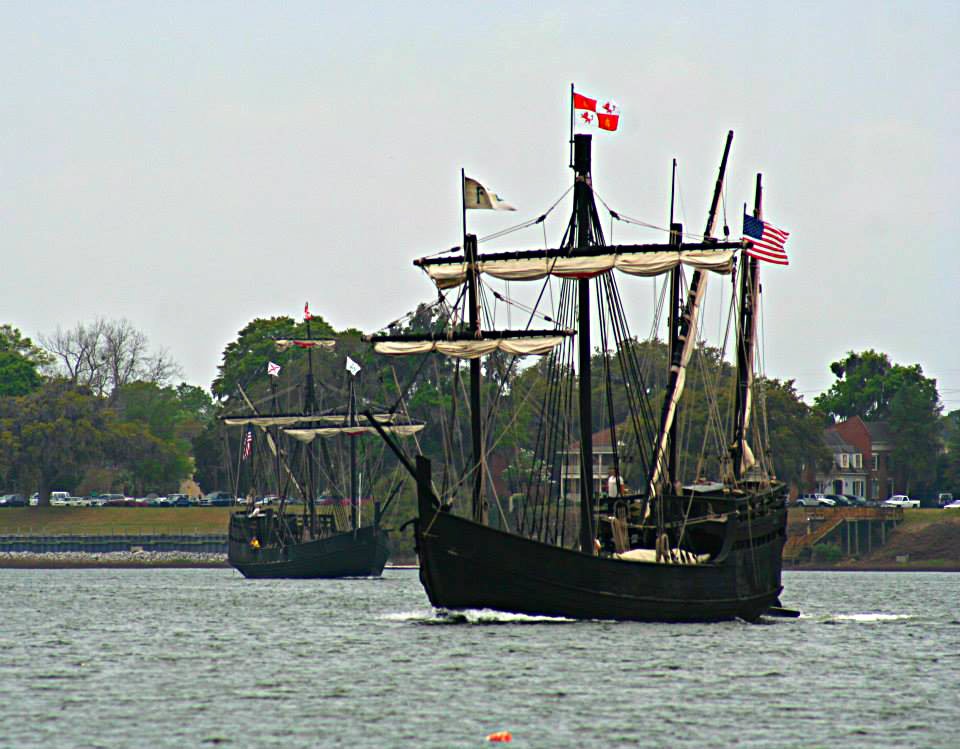 They’re coming back.  On Wednesday morning, April 19th, the replicas of the historic Columbus Ships the Nina & Pinta will arrive at the Downtown Beaufort Marina and will be open to the public for tours on April 20th through the 25th until departure on April 26.

The ships were very well received in April of 2014 when they made their first stop in town.

In 1492 Columbus sailed the ocean blue, leading to the discovery of a “New World” and marking the beginning of America’s earliest history. This earliest chapter of our nation’s history – and the local story of 16th century settlement Santa Elena – is shared with visitors daily at the Santa Elena History Center.

The ‘Nina’ was built completely by hand and without the use of power tools.  Archaeology magazine called the ship “the most historically correct Columbus replica ever built.”  In 2005, the ‘Pinta’, also a caravel, was launched in Brazil and is known as the first ship to sight land in the New World. Historians consider the caravel the Space Shuttle of the fifteenth century.

Both ships tour together as a new and enhanced ‘sailing museum’ for the purpose of educating the public and school children on the ‘caravel’, a Portuguese ship used by Columbus and many early explorers to discover the world. Before him, the Old World and the New remained separate and distinct continents and ever since their fates have been bound together for better or for worse. The ships allow visitors to see what it was like aboard the ships that carried Columbus and crew across the ocean.

To see photos of when they were in Beaufort two years ago, visit here.