Cubes for the Cure: Honoring the memory of a friend and local fireman

By Gail Ankney |  Earlier Saturday, Cubes for the Cure held a benefit barbeque in order to raise funds to be donated to the Keyserling Cancer Center for Cancer Research in Beaufort, SC.  The event kicked off at 10:30AM and was scheduled to continue until 2:30PM but was beginning to run out of food as early as noon.

“We cooked 60 [Boston] Butts and are about to sell out” explained Shane White, team member and firefighter.

This event is just one part of many leading up to the Rock and Roll Marathon held on Nov 3, in Savannah, GA.  Cubes for the Cure will

have a team of more than 30 runners participating in the marathon.  Shane White, a runner for Cubes for the Cure, will be attempting to set a world record during the marathon by solving more than 100 Rubik’s Cubes while running.

“Bob was one of the healthiest men I knew.  It is crazy that as good of shape and as healthy as he was that he still lost his battle with cancer” explained Nate Hildreth, firefighter from Parris Island Fire Department and President of Cubes for the Cure.

White stated that they are attempting to raise as much as $50,000 for the Keyserling Cancer Center for Cancer Research because it is where Banfield received most of his treatment.  Cubes for the Cure are still in need of teammates and sponsors for their marathon team.

If you would like more information on how to join the Cubes for the Cure team, or to become a sponsor, please visit their website at www.cubesforthecure.org

We know there are LOTS of runners in the Beaufort area, and here’s a great cause to run for. 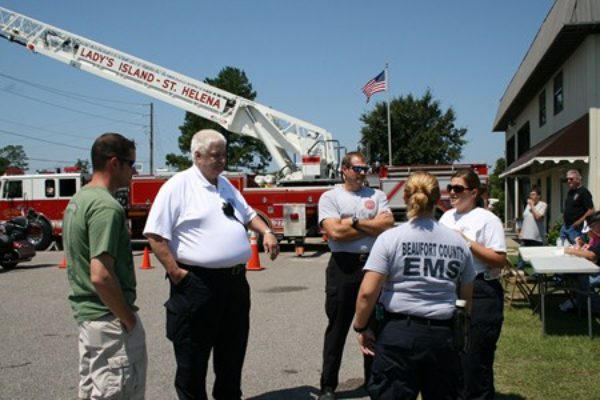