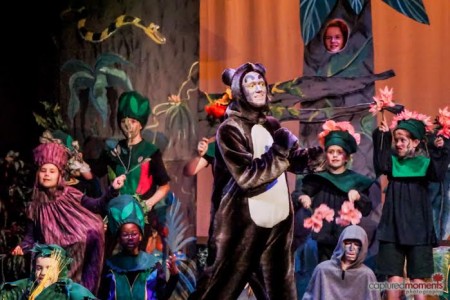 By Libby Ricardo | This weekend, over 80 young actors will take to the USCB Center for the Arts stage as Beaufort Children’s Theatre presents its spring show, Disney’s The Jungle Book KIDS. This particular production is special not only because of its energized take on the beloved Disney classic but also as it is the final collaboration with Assistant Director and Choreographer, Valerie Hobbs. As Hobbs and her family prepare for a move to the west coast, the young thespians of BCT reflect on their time with the company and their theater mentor.

Keaton Mykleby, a freshman at Beaufort High School and regular on the CFA stage, reminisces about auditions for his first show at USCB, My Son, Pinocchio. “I went on the stage and I was nervous. Valerie knew I was new and did everything she could to make me as comfortable as humanly possible.” Performing can be a daunting task, even for tenured actors, and Valerie’s encouragement helped Keaton to not only get through the audition but also to land a featured part in that show. Keaton continues, “She’s a really great educator for the arts. She works harder than most people I know.” Her hard work and dedication to the young performers of Beaufort will certainly show through during this weekend’s performances.

Alex Clark, who portrays sinister snake Kaa, jumped at the opportunity to praise her theater mentor. “Miss Valerie has encouraged me in many ways. She has helped me gain confidence with both acting and dancing.” Alex readily commented on how her involvement in the youth theater has affected positive changes in both her abilities as a performer and her self-confidence. She credits Valerie for much of that growth. “I would like to thank her for all the inspiration and confidence she has brought me. She’s such a strong woman who I look up to, and I’m going to miss her so much.”

Valerie joined the Beaufort Children’s Theatre team as a dance consultant on Annie, Jr. in November of 2012, and has since been a fixture in the organization. On this project, Valerie has worked in two imperative capacities, as an assisting director and a choreographer. Musical numbers adapted from the beloved film require enormous effort to stage, especially considering the ensemble’s size. In spite of the enormity of the cast, I have been assured by the performers that each participating child is featured.

As Beaufort Children’s Theatre grows, it is wonderful to note the continued involvement and encouragement of practitioners like Valerie Hobbs. It is the involvement of such artists that ensures the phenomenal quality of the work presented. Treat yourself, and your little ones, to a night at the theater. Expose your kids to live performance, but be warned, that’s how they catch the proverbial bug! Disney’s The Jungle Book KIDS will be presented on Friday, May 15th and Saturday, May 16th at 7 PM and Sunday, May 17th at 3PM. Tickets are on sale now. For more information, visit the CFA website, www.uscbcenterforthearts.com or call 843-521-4145.

Should your own child be interested in exploring what the stage has to offer, look no further than the CFA and this summer’s theater camps offered by the Beaufort Children’s Theatre. For more information, visit www.uscbcenterforthearts.com.

On a personal note, I must say that I join the young performers in a very heart-filled thank you to Valerie Hobbs for her contributions to the Beaufort arts community. 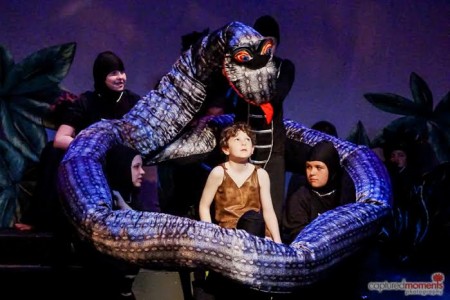 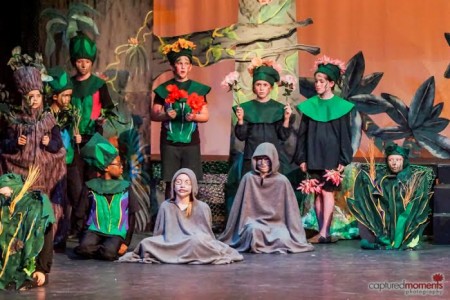 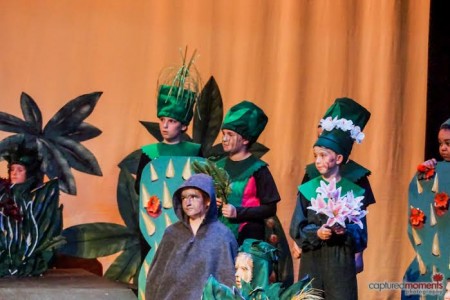 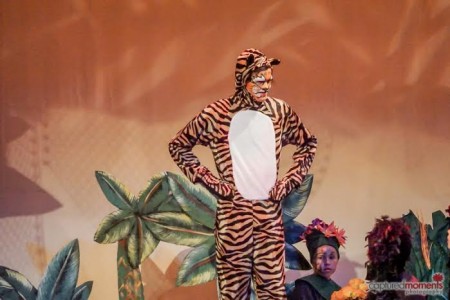