By Janie Lackman |  As the life expectancy of humans has increased over the years, so has that of our pets.  Years ago, the average life expectancy of a dog was only a couple of years, and now we have dogs that are living well into the double digits. As our dogs are living longer, healthier lives, they are also developing new problems in later years. One of these problems is dementia.

Our society used to refer to these set of issues as senility, or ‘old dog syndrome’, but scientists believe that Canine Cognitive Dysfunction Syndrome (commonly referred to as both CCD and CDS) is similar to Alzheimer’s disease in that it affects both the physical and chemical aspects of the brain. Research has shown that dogs with CDS develop lesions, or plaques, in the brain.  These result in changes in the way our dogs think, act, behave and interact with the world around them. 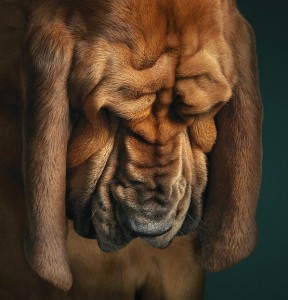 Although many people haven’t heard of CDS in dogs, it is a fairly common problem these days.  Studies have shown that between 50-60% of dogs over the age of 11 show at least one sign of CDS. Around 68% of dogs by the age of 15 have shown symptoms of CDS.

The symptoms of CDS typically fall into four main categories:

Some of the signs may include your senior dog exhibiting the following behaviors:

Although CDS is a progressive disease, there are things that you can do to help your dog.  The first step would be to monitor your dog’s signs. Downloadable forms for charting your dog’s issues are available at www.cdsindogs.com.  These will be helpful when you meet 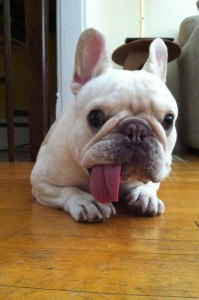 with your vet to discuss the issues.

Work closely with your veterinarian to determine that the issues are truly mental and not caused by a physical problem.  There are many serious physical problems that share some of the CDS symptoms so it is imperative that you work with your vet to determine the root cause of the symptoms. Once the physical issues are ruled out and the determination that CDS is the diagnosis, there are still things that you can try. There are several prescribed drugs as well as herbal treatments that have been helpful to dogs with CDS.  Your vet will be able to discuss the benefits and possible side effects of these options with you.

There are also things that you can do to help your CDS Dog.

The most important thing that you should do to help your dog is be patient and compassionate to their needs.  Your dog’s world has changed and you must continue to show him/her the love and respect that you have shared.

Your beloved pet is counting on you to help her make sense out of her new world.