Duke Symphony Orchestra brings passion to Center for the Arts

By Alyse Bingham | Some would call Beaufort a small town, and to an extent, they’re right. Beaufort is a small town: people who stay in the area form close ties with others, and there’s that feeling that you’re cared for, that your community would reach out to you when you need it most.

While there’s many ways of showing that, I saw one of them on Saturday night. The Beaufort Memorial Hospital Foundation hosted the Duke Symphony Orchestra, conducted by Harry Davidson at the USCB Center for Arts, and featured the USCB 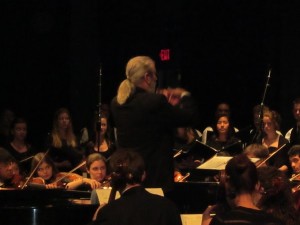 University Chorus, directed by Victor Varner. This is the eleventh annual concert to which the Foundation has hosted the Duke Symphony Orchestra, a facet of Beaufort Memorial Hospital’s affiliation with DukeMedicine.

The concert was attended by those who had donated to the Beaufort Memorial Hospital Foundation, and while the audience was silent during the performance, the passion in the music matched the passion with which the patrons had reached out to meet the needs of our community.

Featuring well-loved selections from Beethoven, Mozart, and Wagner, the Duke Symphony Orchestra’s work was exquisite, heartfelt, and moving. Some looked moved to tears during soloist Emily Tan’s performance, and it was then that I remembered that music speaks the words we can’t.

The love, the effort, and the passion . . . It was in the performers, it was in the conductors, and more than that, it was in the audience of people who had given back to the community they love. 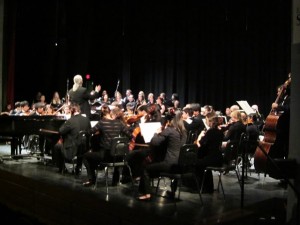 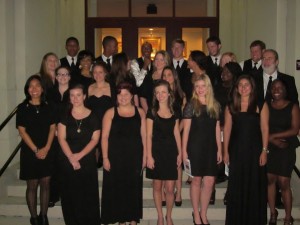