Exchange Club of Beaufort names 2017 Firefighter of the Year

On Tuesday, the Exchange Club of Beaufort named Mr. Byron Hancock of the MCAS Beaufort Fire and Emergency Services as the 2017 Firefighter of the Year in a ceremony aboard Marine Corps Air Station Beaufort.

Hancock, a three year member of the department, was awarded for going above and beyond his regular duties as a firefighter aboard MCAS Beaufort.

When Hurricane Matthew hit the Beaufort area last October many of our local responders were on the job until the emergency was lifted. Due to limited stay-behind personnel at the air station, Hancock was asked to step up to Acting Company Officer, a position above his current grade. While assigned to this position in a time of emergency he demonstrated exemplary leadership by assuming personal responsibility for the lives and safety of other firefighters as well as a crew of 20 Marines assigned under him. 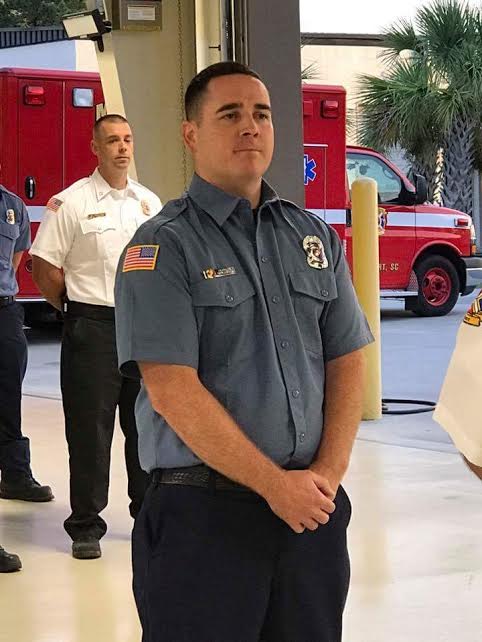 “For 30 years the Exchange Club of Beaufort has proudly been honoring a First Responder, Firefighter and Law Enforcement Officer of the Year and this year it is my honor to introduce Mr. Byron Hancock as this year’s Firefighter of the Year,” Voegeli said.

The award ceremony was originally planned for September 11th at Henry C. Chambers Waterfront Park but was cancelled when tropical storm Irma came through the area.

Beaufort’s Law Enforcement Officer of the Year will be named in a ceremony on October 7th. 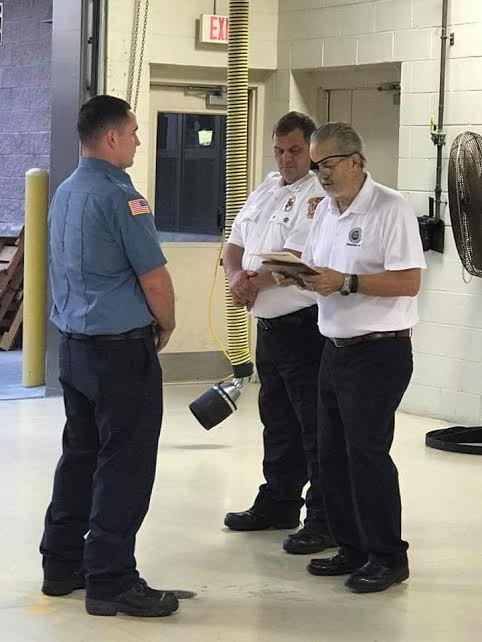