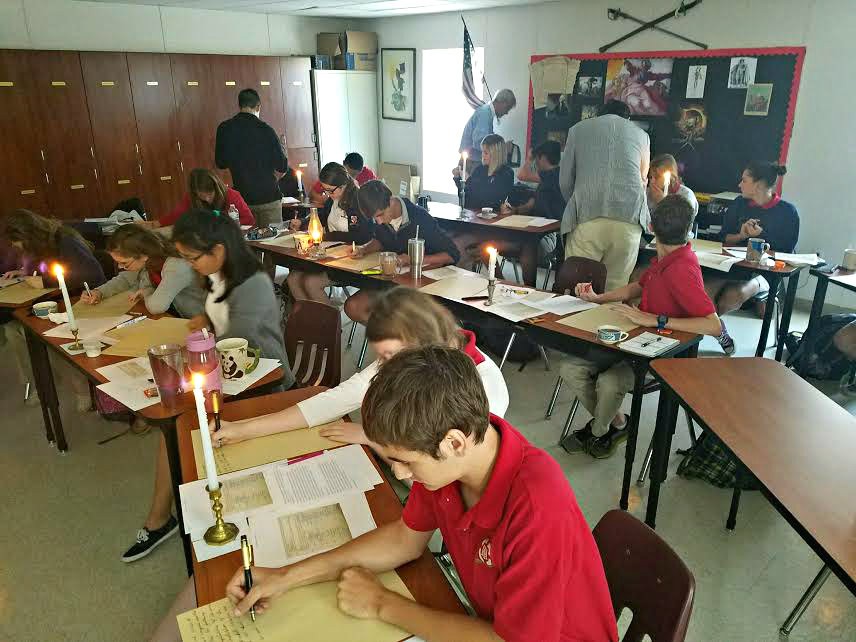 There are some cool school projects…and then there’s this one at Holy Trinity Classical Christian School in Beaufort.

Going back in time to see how things were done in Colonial times, the students of  Holy Trinity’s 10th Grade Humane Letters class rewrote the entire U.S. Constitution on Tuesday, by hand, complete with the aid of fountain pens supplied by the school’s Headmaster Rev. Lawrence.

Putting them in an environment using tools that our forefathers had, the students gathered and worked under candle-light and sipped tea, just as things were done in the late 1700s.

“Copying out the US Constitution is an exercise that helps students encounter the story of our country’s greatest document, clarify their own style through imitation, and produce an artifact–as a group–that possesses great emotional, normative, and historical value,” said school spokeswoman Candace Brasseur.

“To encounter another culture fully, it has been said, you must both speak the language and eat the food,” Holy Trinity’s chair of humanities Jonathan Councell said.  “The same goes for different cultures in time. While some may possess the skill at producing the food of different time periods, knowledge of a time-period acts–in many ways–like food for the brain.  More important than eating the food however, is both learning the language and being informed by it,” he added. 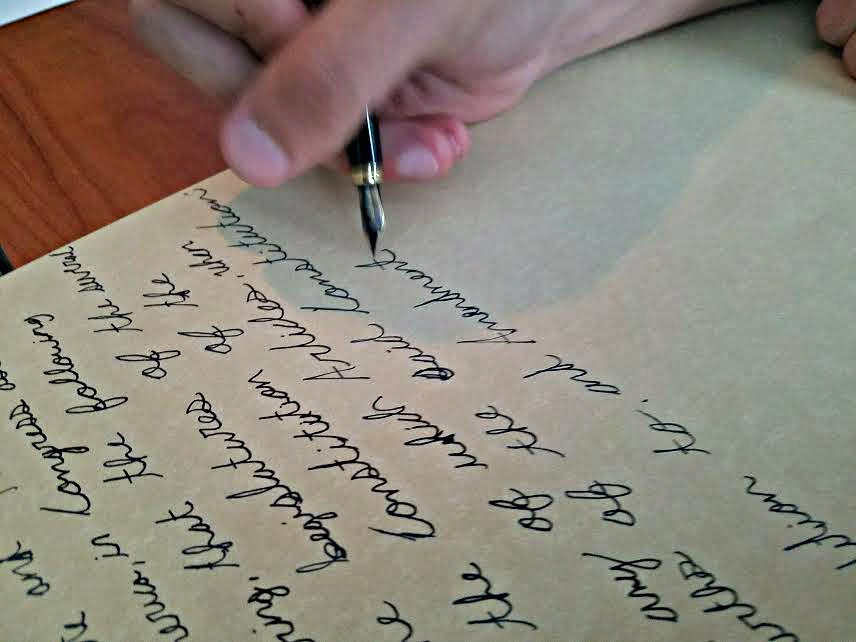 “Benjamin Franklin and Malcolm X described their personal education as owing much to the writing out of great speeches written by greater men and women. Writing out the words of our founders upon parchment with pen and ink sends the words and sentence patterns of a bygone world through the nervous systems of our students and–later–into their conscious minds.  We all learn through imitation and, if we consent to it, will learn much more than we are aware of.  If properly done, some of the things that students might learn will come from simply creating an artifact together.”

Each student received a part of the Constitution to copy, and together they pressed towards a deadline–not unlike that faced by our founders.

“This encounter, imitation, and cooperation all have the power to kindle in the student a satisfaction and growing pleasure in becoming what such activities naturally tend towards; namely, the formation of good citizens,” said Councell