It’s a bird! It’s a plane – no really, it is a plane, with superheroes in the cockpit! 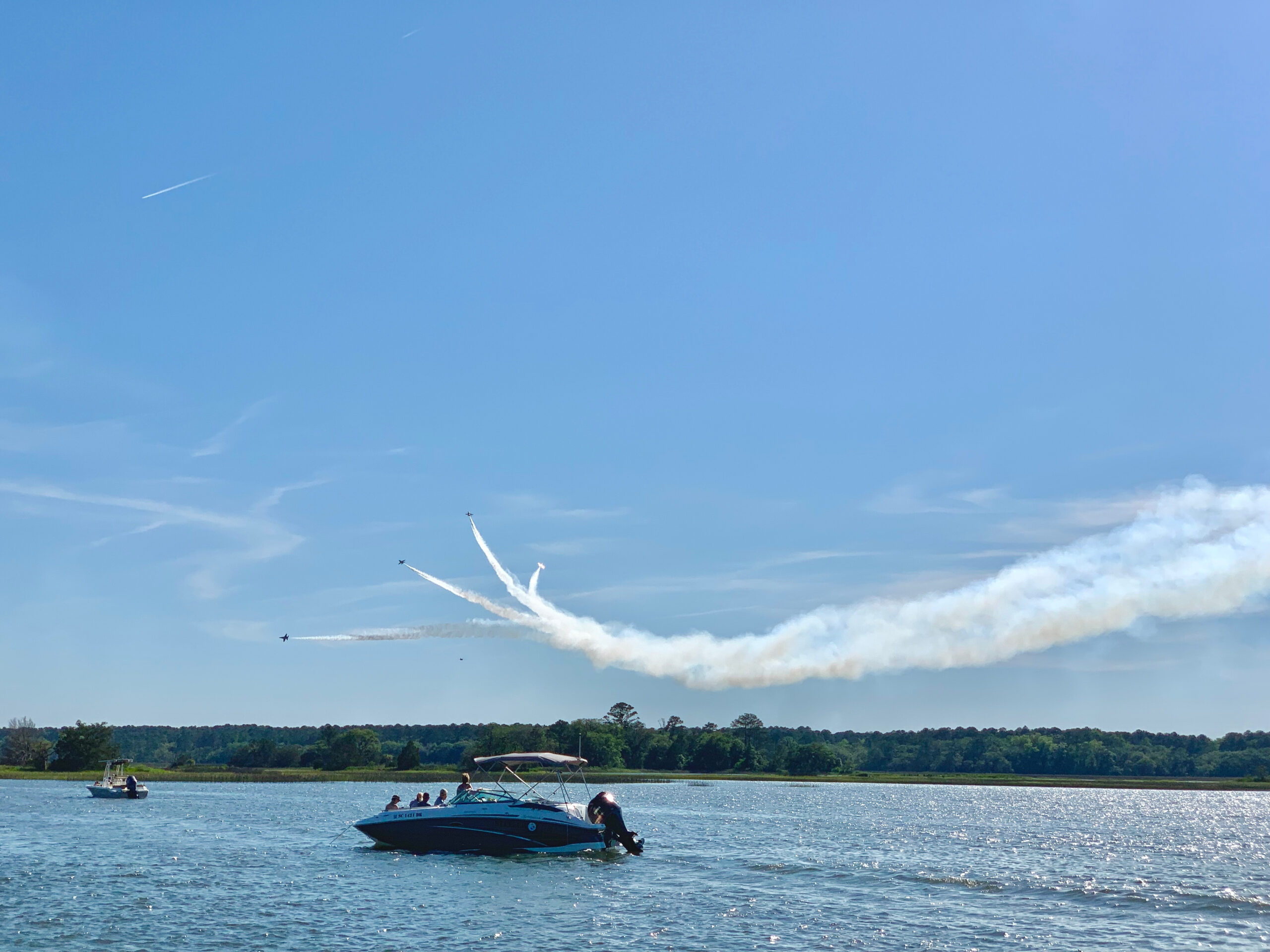 The Lowcountry has a number of treasured annual traditions, including the Shrimp Festival, softshell crab season, the Beaufort International Film Festival, and of course, Water Festival each year in late July.

But there’s no doubt that one of the biggest local favorites only makes it around on the odd-numbered years.

Headlined once again by the U.S. Navy’s elite Blue Angels, the MCAS Beaufort Air Show will touch down with its 2021 version this April 24 and 25.

The repeat appearances of the Blue Angels performing in their signature blue-and-gold F-18 fighter jets never fails to thrill and excite the crowds flocking to the Marine Corp Air Station Beaufort. Other performers include Rob Holland, Gary Ward, the F-35B, Chefpitts Airshows, the Geico Skytypers, Franklin’s Flying Circus and the F/A-18C Hornet.

Like most military air shows, Saturday and Sunday’s event at MCAS Beaufort is free and open to the public, however, special seating and convenience tickets are now on sale. The entertainment value afforded to families, especially aviation enthusiasts, is one of the best values the area has to offer.

Portions of this article were originally published on the Island News.