Food and fun satisfies at High on the Hog BBQ festival

By Ashley Hamm | One thing about Beaufort – it doesn’t matter if there is a thunderstorm in the forecast, if there’s a festival planned, that festival will happen – especially when there is food involved.  And, so was true this weekend for the 3rd Annual High on the Hog BBQ contest benefiting Lowcountry Habitat for Humanity. Locals showed up to the Whitehall Plantation on Lady’s Island in droves to celebrate one of the Lowcountry’s favorite pastimes: delicious Southern cookin’. After stormy conditions most of the week, it was unsure as to whether or not the weather would pull through, but the sun  shined and several tents and trailers were set up along the river and underneath the moss covered oaks. 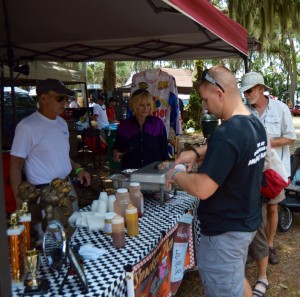 The festival kicked off on Friday night with the Everything Lowcountry competition, non-BBQ style. Sponsored by Sea Eagle Market, festival goers enjoyed unlimited samples of delicious chicken and shrimp, among other Lowcountry favorites like crab cakes, shrimp n’ grits and pulled pork, all done to perfection. Saturday was devoted to the BBQ competition, with top cooking teams from NC, SC and GA competing for awards, prize money and the respect of the crowd. 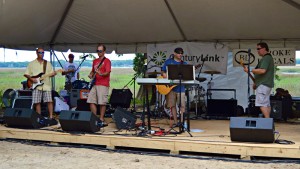 DEAS GUYZ provided excellent entertainment on Friday and local favorite Broke Locals rocked it out on Saturday against a warm, Carolina breeze and a stunning backdrop of the Beaufort River. Vendors were out in full force, and children enjoyed an expanded Kid’s Zone with a bungie jumping and more.

But like every story there is always a beginning. Before the barbeque festival, Lowcountry Habitat for Humanity used to help raise awareness and money for the organization with a bird house auction every year. “We used to have bird houses, but it just wasn’t bringing in anyone anymore, so we decided to do something different,” construction manager, Jim Inlow said.

Why a barbeque festival?

For more photos of the 3rd Annual High on the Hog BBQ Festival, visit our Photo Gallery here. 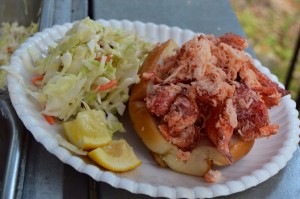 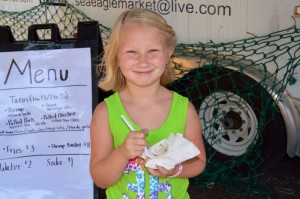 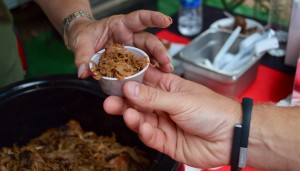