By Gail Ankney |  Last night, August 8th, the season’s largest number of hatchlings was assisted into the ocean by the Fripp Island Loggerhead Patrol, also known as the Turtle Team.  This volunteer group of approximately 45 members is licensed by the Department of Natural Resources.  The group consists mostly of Fripp Island residents, and they go out twice daily to walk the beach and check on the 37 nests that have been found on the island this season. 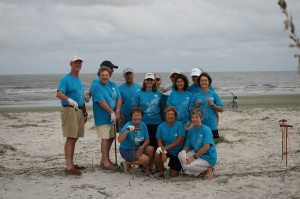 We were very happy to be able to join the team last night at the invitation of Janie Lackman, Fripp Island project leader.  This excursion was to inventory nest number 17 that had hatched on Aug 5th.  This particular nest consisted of 106 eggs, 1 of which was used for DNA testing and research.  Of the remaining eggs only 3 did not 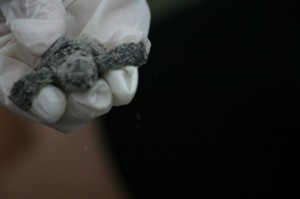 hatch.   Twelve hatchlings remained in the nest and were assisted in reaching the ocean by the Turtle Patrol.   This was the best hatch success rate so far this season at 96.2%.

Even though it is great fun and excitement for onlookers, Janie explains that “twelve hatchlings [left in the nest] probably does not mean the best for the turtles, they are probably not the strongest.”

Lackman became involved in the Turtle Patrol 8 years ago and many of her volunteers have been with the patrol for more than 10 years.  Lackman states that she “could never do this without her team” and that she thinks they are the absolute best; although, Harbor Island and Hunting Island both have really great teams as well. 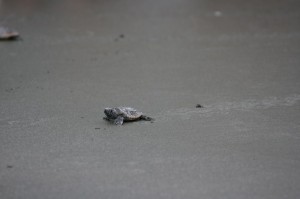 These tiny hatchlings have a 50-60 mile swim before they reach the Gulf Stream where they will eat their first meal.  In order to build strength it is extremely important for the hatchlings to crawl when exiting the nest.  Crawling allows them to build some strength and imprint on the sand so that in 25-30 years, when they too reach maturity, they will likely return to this location to lay their own eggs.

It truly was a beauty to behold.  Amazing, to say the least…

For the safety of the turtles and other wild life, please be sure to take home any items brought to the beach, fill in any holes dug in the sand, turn off all lights after dark, as this will confuse the turtles and could cause their death.  Also, if you see a turtle on the beach, give it plenty of room and do not attempt to assist it in any way.  These amazing turtles are endangered and are protected by Federal laws.

For more photos of the Fripp Island Turtle Teams efforts and success, visit our Photo Gallery. 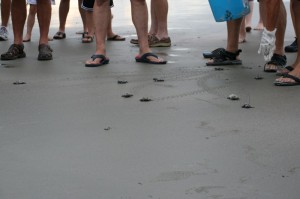 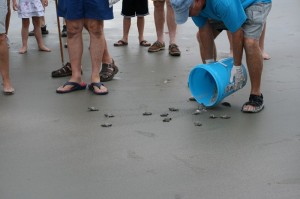 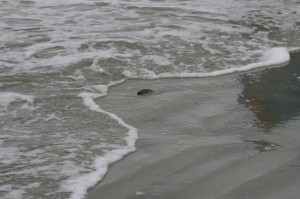 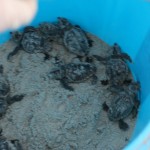 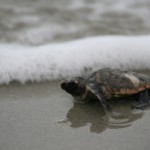 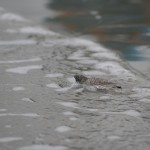 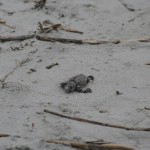 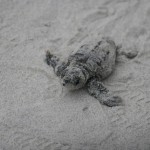 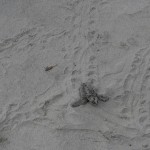 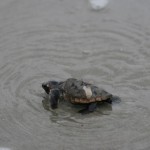 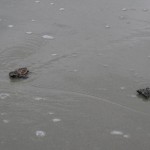