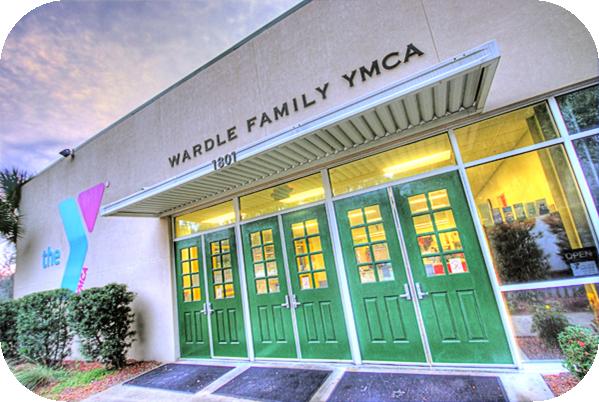 Bostwick doesn’t listen to music when he works out. He doesn’t binge on Netflix or check emails. Instead, Bostwick, the CEO of the YMCA of Beaufort County, is a bit more traditional. “I think that’s because I socialize when I work out,” he says. “If I run, I run with somebody and I talk to them. If I’m working out, I sit next to somebody and talk to them. Part of it is I want to hear what they have to say about the Y—you know, and just do my job while I work out. I want people to feel comfortable talking to me.”

And what has he learned by listening to members instead of music? That members want to listen to music.

Not just music —their music. And watch their shows, update their status and check their email.

Members want to be able to use the devices they use at home, and Bostwick made it a priority to provide that.

“Technology was and is a big aspect or challenge for us, but with [Marketing and Development Director Betsy Hinderliter] coming on, we’ve definitely gone in the right direction,” he says. “With Hargray’s help, we’ve improved that to where members can come in and access that technology where we didn’t have that before, and that was probably one of our biggest suggestions by the members to have that access.”

Bostwick has been at the Beaufort Y for nine years and has seen a great deal of growth over that time. When he started, membership was at around 12- or 13-hundred people. Today, it’s over 5,000. A decade ago, the summer camp welcomed about 50 kids; this past summer there were over 700. “Our summer camp program is huge,” Hinderliter says. “Not only do we have that camp here, but we have it at seven sites across Jasper and Beaufort counties. That’s something that’s a really big, positive impact for our communities.”

More people, programs and classes meant a greater strain on the WiFi network they were all trying to connect to. Realizing how important it was to members and noting the boom of wearable technology in the fitness industry, Bostwick and the YMCA invested in network upgrades from Hargray, providing the capacity to allow members the access they wanted with room to continue growing. Hargray’s team vastly improved WiFi connectivity in the front lobby, yoga room, basketball court, exercise room and the computer lab with speeds up to 100 megabits per second.

“We’ve had huge response to how great it is that they can get on and listen to their music whenever they want,” Bostwick says. “They get their emails so they can work as they’re exercising, they can still check in on what’s going on. They can watch what they want while they’re on a treadmill with their phones. It’s definitely been a positive, and we’ll use that technology for them now and integrate it even more through the fitness programs that they’re using.”

Bostwick says the next step is to allow members to sync devices to the actual fitness equipment they’re using so they can better track their health and performance. He and his team have begun meeting with fitness equipment providers to make that a reality in 2017. With a stronger network in place, they’ll be able to help members feel comfortable while they get and stay healthy.

For more information about the YMCA of Beaufort County, go to ymcabeaufortcounty.com.