charm, taste, and Southern spirit that embody a distinctive pride of place. They embrace the natural beauty of the southern landscape, display the best of Southern Living inspired architecture, and contain environments that foster communal gatherings.

“Southern Living Inspired Communities shows our pride of place in bricks and mortar,” said Southern Living Editor in Chief Lindsay Bierman, who is also a trained architect and previously worked for New York’s renowned firm Robert A.M. Stern Architects. “We’re proud to offer a new level of consumer service that will radically simplify the process of finding the perfect home in the best neighborhood.”

This initiative is the culmination of nearly 50 years of the brand’s experience in the Homes category. In addition to covering homes across the South for decades, the brand sells a successful line of branded house plans designed by the South’s top architects. It has created a hand-selected group of trusted builders with its Southern Living Custom Home Builder program and has worked with the South’s top talent to build Idea Houses across the region.

The long term vision is to bring the brand to life in a unique, differentiated way by offering consumers a complete Southern Living experience including the option of attending Southern Living branded events on site. (Look for something brewing in Beaufort soon!)

For more information, go to: www.southernlivinginspiredcommunities.com 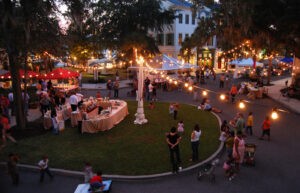 Habersham is a coastal town in South Carolina offering more than 1,000 properties including homes, townhomes and condominiums. The town plan, by Duany Plater Zyberk, is based on the architectural charm that is evocative of historic, southern cities such as Charleston, South Carolina and Savannah, Georgia. Habersham is often regarded as one of the most well executed new urbanism models in the United States where homeowners are encouraged to build relationships when they meet in the town’s central marketplace, pass by neighbors’ porches and stroll along the quiet oaklined streets, scenic walking trails and waterfront parks. Awarded the “Best Neighborhood Design in America” by the National Association of Home Builders, Habersham is ideally located on the water just minutes from historic Beaufort, South Carolina and within an hour’s drive of Hilton Head Island and Charleston, South Carolina as well as Savannah, Georgia.

Southern Living was recognized by editors of Adweek as “The Best Home Magazine of 2013.” The brand also received the Readers’ Choice award in the same category, as voted by the general public.

Southern Living celebrates the essence of life in the South, covering the best in Southern food, home, garden, and travel. Reaching more than 16 million people each month, Southern Living connects consumers with the region’s rich culture through a variety of print, digital, mobile, tablet and event platforms. Headquartered in Birmingham, AL, the rapidly expanding Southern Living brand is part of Time Inc., one of the largest content companies in the world and the largest publisher in the U.S. 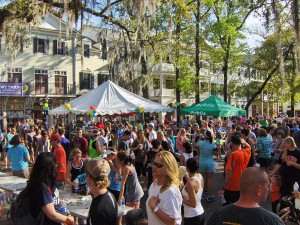