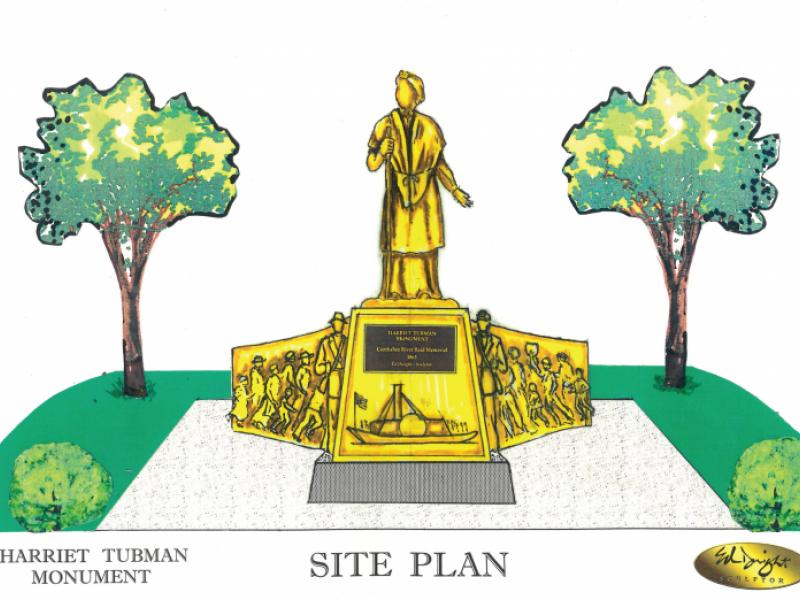 Although known in history as the conductor of the Underground Railroad, Harriet Tubman is less known for her efforts in Beaufort that helped many freed slaves become self-sufficient.

To bring light to Tubman’s gallant acts, Tabernacle Baptist Church is moving forward with a plan to erect a monument in her honor that showcases her raid along the Combahee River which freed more than 700 slaves.

The church is believed to be the location where the freed slaves assembled and were housed, and where Tubman addressed them along with the military leaders who helped in the raid.

With Beaufort’s recent designation of the multi-site Reconstruction Era national monument and in celebration of National Black History Month, Pastor and former S.C. Rep. Kenneth Hodges says the timing could not be more perfect to reveal the sketches of the Tubman sculpture planned for the church’s grounds.

Artist Ed Dwight, known for completing more than 100 history-rich memorials and art projects dedicated to the African experience, has committed to create a larger than life-sized sculpture of Tubman on top of a bronze pedestal that will feature scenes depicting slaves rushing toward their escape and refuge in 1863.

Standing about 14 feet high, the sculpture will feature an image of a typical soldier under arms and provide an area for imagery or interpretative text to share more about the Combahee River raid and Tubman’s involvement in Beaufort.

Hodges hopes to have a model of the sculpture created and a dedication service of the site held later this month.

When added to the Tabernacle Baptist Church grounds, the Tubman monument will join the bust of Robert Smalls’ and his grave site.

In his work as a state representative, Hodges worked on legislation to name the bridge over the Combahee River after Harriet Tubman, which was dedicated in 2008. But it was important for him to bring awareness to Tubman’s impact on Beaufort.

“We wanted to do something more meaningful to put an emphasis on the role she played specifically in Beaufort County,” Hodges said. “We felt that the time was right now. Although she helped with the raid that was lead from Beaufort, Tubman also served as a scout, a spy, cook and did things to help newly freed slaves, mainly women, become self-sufficient.”

The cost to construct the monument and turn the church-owned property into a small park totals about $500,000, which will be funded privately through various donations. Hodges said about 10 percent has been funded so far.

The project formally kicked off in June last year just after it was announced Tubman could become the new face of the $20 bill. The project was expected to take about four years, but after Dwight’s quick commitment to design the sculpture and the funding underway, Hodges thinks the project can be completed as soon as 2019.

See the full story over at Beaufort Today.