Sunday marked a historic day for the University of South Carolina Beaufort’s Beaufort Campus.  More than 10 new students are in the process of moving into the first housing ever located here as student move-in got underway at the newly opened Grace White House on Carteret Street. 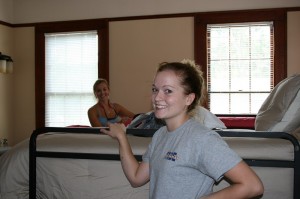 proximity to the Downtown Beaufort area.  Stephanie Grimm, Residence Advisor and Director, explains that she is most excited about “seeing more students on this campus and what they can bring to the historic area” and hopes that the “close knit group will have a positive effect in the area.”

This is a special group of students because they are mostly freshman and will attend many of the same classes in an effort to build a stronger and more fulfilling college experience. 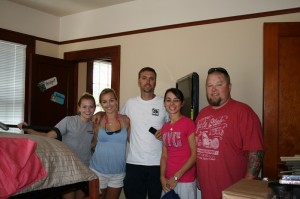 Bridget Rey, first year nursing student, claims that she chose this housing because it gives her the opportunity to have “more close friends rather than just a large group of acquaintances.”  She further explains that she prefers the “secluded” feeling of the Historic Beaufort Campus housing because it feels more like a home atmosphere.

“I love the small, togetherness feeling of the house” states Heidi Pfisterer, a freshman.

On Sunday night, the students living in the student quarters took a group walking tour of the Downtown Beaufort area.  Grimm hopes that with the smaller group they “will be able to have many more group activities on the Historic Beaufort Campus and help build more of a relationship with the people in the area”. 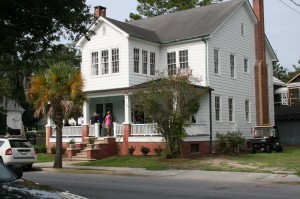 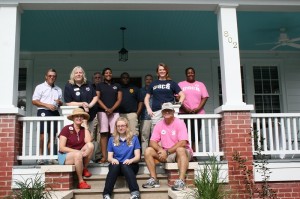