Renovations have been underway for a few weeks on the historic Sarah Gibbs Barnwell House located at the corner of Charles and Craven Streets in downtown Beaufort.  New owners John and Erica Dickerson have purchased the 1850’s home with plans on converting it into short-term rental property within the city’s Historic District.

Sarah, or ‘Sally’, Gibbes Barnwell was the youngest daughter of Revolutionary War General and South Carolina State Senator John Barnwell, and the only one of his 5 children to never marry.  Nicknamed Aunt Sally Jack, she lived alone in the home she built until she died on Independence Day in 1866.  The house was taken over by Union Troops during the Civil War and called the ‘Ordnance Office’, and has it’s place in Beaufort’s historic past.

With an eye for history, John Dickerson said that ‘as much of the original structure as possible will be preserved.’  Notable original parts of the house will be left intact including a hand carved, fan-shaped entryway, an upstairs fireplace with Latin inscriptions on it and more.  A unique find was an original wrought-iron exterior gate hinge dating back to the mid-1800’s. 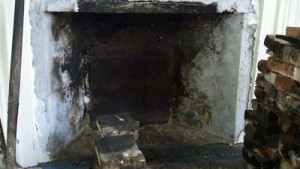 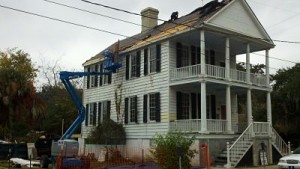