Meet Amber and the Fossils: Not your average local band

By Cindy Reid | I recently heard a great new Beaufort band and was totally blown away by their sound and their choice of material. I heard them outside on a warm spring night and they sounded good. They did a bang up job performing a cover version of Lorde’s ‘Royals’, and just when I was thinking that they should do something old school, they launched into Janis Joplin’s ‘Me and Bobby McGee’. Now we’re talkin’. This night is getting really good.

Their lead singer Amber Tedesco has a stand out voice, completely her own but yet adaptable to any type of song. Any girl that can sing “Midnight Rider” is my kind of singer. And, the band is just as good as their lead singer. Comprised of three 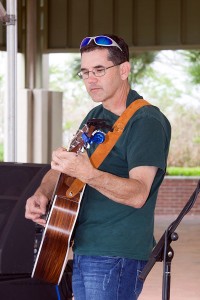 guitarists, they can rock out and get the crowd moving. Meet Amber and the Fossils.

Eric Taylor plays the acoustic and electric guitar for the band. He is a Battalion Chief for the Lady’s Island Fire District and has been there for over 25 years. Andy Cheyne is the bass player. He recently retired from a DOD fire department, and his last assignment was in Alaska prior to moving back to Beaufort. Mark Turner plays acoustic guitar and helps out with vocals. He and his wife Carol are local business owners.

Amber Tedesco performs the lead vocals, and is pursuing a singing career. She is married to a 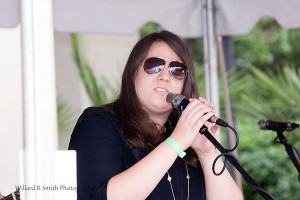 former Marine who now works in Savannah. She was a contestant on American Idol when she was 18, and made it to Hollywood before being cut from the show. Her next goal is to get to New Orleans at the end of May for The Voice auditions. When she is not singing she works with her family at their business on Tybee Island.

“The band’s origin was Andy and I playing together, we had a singer who joined us 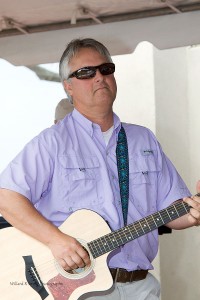 briefly, then moved to PA.” says Eric, “We then recruited Amber and continued as a three member band, but then we met Mark and he just fit right into our style”.

Yes, “Amber and the Fossils is an interesting name, and the reason for that is Amber is only 24 years old and the rest of us are …old, therefore we are fossils. Hence the name, Amber and the Fossils. The diversity in our age gap with Amber has allowed a huge diversity in the type of music we play, as she has brought a lot of the newer music to the table which expanded our genre selection.”

The band’s style is unique for the Beaufort area in that they don’t stick to one era or genre, as they play songs that range from classics to today’s pop hits. On the day I visited them they were working on a Led Zeppelin song, which the band says is one of their favorites. Amber has a huge voice, a powerhouse voice with a wide range, which the band uses to their advantage with their choice of material. The musicians make a great sound on their own and they know exactly when to lay back and let Amber‘s vocals shine. Mark and Amber sing together on quite a few duets and they sound just right together.

“Our style is very unique as we play music from the 60’s all the way to today’s top 40” says Eric.”Amber has such a soulful voice 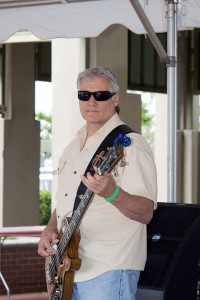 and she likes the older music too. Her voice is so powerful and full of emotion that she tells the story of the song very well”.

Seriously, you have to love a band that covers Elvis Presley’s “Cant’s Help Falling in Love with You” and the Rolling Stone’s “Gimme Shelter”.

The band loves playing for audiences and is always seeking local engagements, including private functions. (Contact Eric at 843.252.2103)

You can check out the band on Facebook and they also have some of their music on Soundcloud.
Here’s a sample:

You can see them at the Beaufort Homegrown Music Fest, an upcoming two day music festival happening on June 6 & 7 at the USCB Performing Arts Center. They’ll be playing along with the Sweetgrass Angels, the Bull Grapes, Reckless Mercy, Bootless, Eric Daubert, the Groovetones, Sometimes Later Band, The Brewer Band and many more. 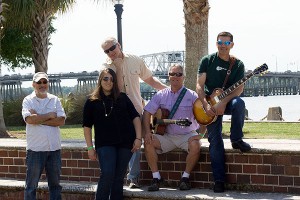