Beaufort National Cemetery held a tomb of an unknown Confederate soldier for some 150 years until a marker was installed on Saturday morning with the name of Pvt. Haywood Treadwell.

The marker was unveiled in a ceremony that was attended by decendants of the soldier who died in Union hospital #4 on September 12, 1863. That Union hospital was the William Wigg Barnwell House. Recent research at the historic home led to the discovery of the name.

Treadwell, a turpentine farmer in Sampson County, NC, was wounded and captured during the battle for Battery Wagner in Charleston Harbor in August of 1863. 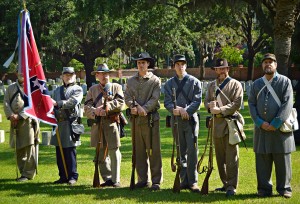 included an honor guard of Confederate re-enactors and a cannon salute to Pvt. Treadwell and the other Confederate soldiers interred in the Cemetery.

Also this weekend saw a symposium at the University of South Carolina Beaufort Performing Arts Center with a dry encampment of Confederate re-enactors, an informal talk on Civil War medical practices and a live band performing Civil War era music.

Read more about the discovery of the Unknown Soldier’s name here. 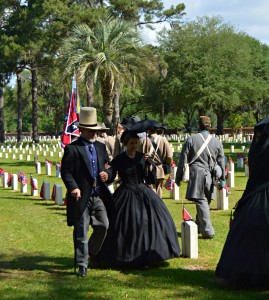 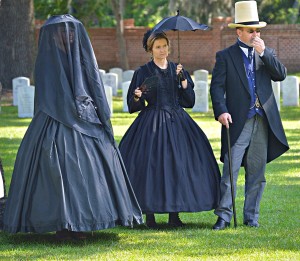 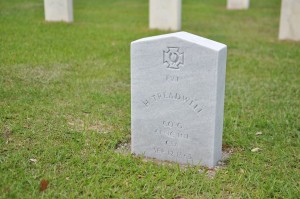