The end of October doesn’t just mean Halloween for those of us in the Lowcountry, it also heralds in the final month of Hurricane Season.

Beginning in June, this season is marked by months of crossing our fingers while anxiously checking weather reports as we all hope for the best and look toward December. When a hurricane does come knocking on our Lowcountry doorstep, we are all faced with a decision – do we stay? Or do we go? And we’re not alone. Each wild thing living amongst us is also faced with a similar choice. Leaving us with two types of critters during hurricane season – those who evacuate and those who don’t.

Those that can evacuate, do. Those that can’t, make do. So, it’s no surprise different animals handle hurricanes in different ways. And while each may differ in their reaction, virtually all of our native species have the ability to sense severe pressure changes that precede a hurricane and initiate their survival plans.

Animals that can evacuate are typically our air- and seafarers. Migrating birds, like warblers, sparrows, and buntings, might take advantage of the strong winds produced on the edge of hurricanes and ride them to their winter-time destinations. Seabirds, like terns, gulls, and petrels, will also take advantage of the winds, riding them into the safety of the eye of the storm where they become trapped, or entrenched. Though the eye is calm, it’s constantly on the move and will force seabirds hundreds of miles inland and far from home. Displaced birds, who often have not been able to rest or eat for days, must then make the long journey back to their home-waters once the storm dissolves.

While birds take off, our seafarers dive deep when changes in water pressure and salinity levels indicate trouble is nigh. Scientists have tracked movements of fish, dolphin, and sharks during and after hurricanes using GPS monitors. They’ve found that all three will head for deeper waters in the open ocean where things can be calmer, only returning after the storm has passed. Rarely do they flee inland, where lower salinity levels can threaten their survival. Unfortunately, not all of our seafarers are afforded the option to get when the going gets rough. Surf dwellers, like crustaceans and mollusks, and slow-moving swimmers, like sea turtles, are often caught in the tumult. Every year, sea turtle populations can be hammered by hurricanes, and so can mollusks, as evidenced by the cornucopia of shells washed up on our beaches after a storm.

Back on land, mammals, like white-tailed deer and racoons, hunker down. Some will even seek shelter under the raised homes of evacuated people. Denning animals, too, stick to their underground bunkers and only budge if forced to by flooding. In the trees, you’ll find not-actively-migrating birds, like some of our owls and woodpeckers, holed up in cavities. Smaller passerines, or songbirds, can be found clinging to tree limbs through the gales. They are equipped with a back toe that clamps like a vice. Arboreal snakes will also cling to branches for dear life and even butterflies and other insects will grip fast to dense shrubs on high ground to weather a storm. At ground level, ants react to pressure changes by marching to high areas. If swept into flood waters, they will create floating rafts in hopes of landing somewhere dry. Snakes will can also find themselves aloft in floods, and typically seek out floating debris for survival. (For some of you, the image of balls of ants or snakes floating through our streets and communities is probably all the motivation you need to evacuate ahead of a storm.)

Unfortunately, storm surges will sometimes force evacuations for snakes, alligators, and other critters that are picked up in flood waters, sweeping them into salt marshes or the ocean where they are faced with returning to freshwater before dying from saltwater exposure. Keep this in mind the next time you see either a snake or gator swimming for shore. Neither are salt tolerant, so give them space so they can safely emerge from the ocean and begin their recovery.

Once a storm has passed, our ecosystems and wildlife will begin to recover. The abrupt abundance of freshwater will lead to population booms of plague proportions in toads, frogs, and mosquitos. Pollinators will suddenly be stripped of flowers to collect pollen and nectar from. Foliage browsing animals, like deer, will have plenty of felled branches to feed on. Shrimp and bait fish populations may be scarce as a result of low salinity levels. Acorns and seeds will have been spread far and wide by floods. And many of our evacuees, human and animal alike, will be tasked with making the long journey home to assess the damage and start recovery.

In the end, hurricanes are stressful for everyone. Every animal in the path of these massive storms is forced to do what they can to survive. From the smallest ant to the largest dolphin, they all employ different tactics to conquer the insurmountable. Each method showcases the tenacity and perseverance with which wildlife survives. So, the next time you’re observing a group of dolphin strand-feeding or a herd of deer trimming the hedges, remember that these are hurricane survivors. And that should make the experience all the more remarkable.

Article by Juliana Smith, originally published on the Island News 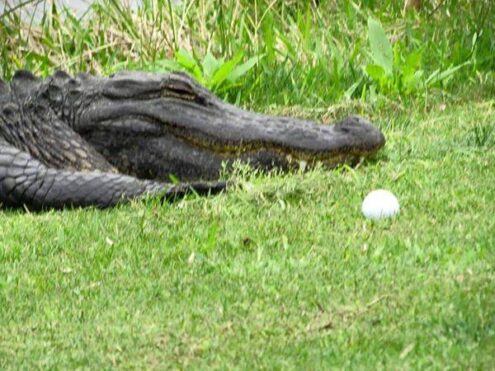 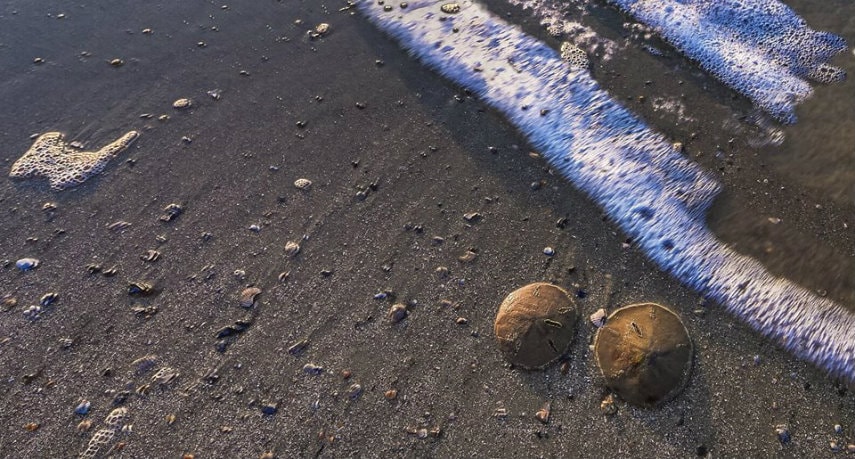 Don't be cruel: Leave Live Sand Dollars at the Beach