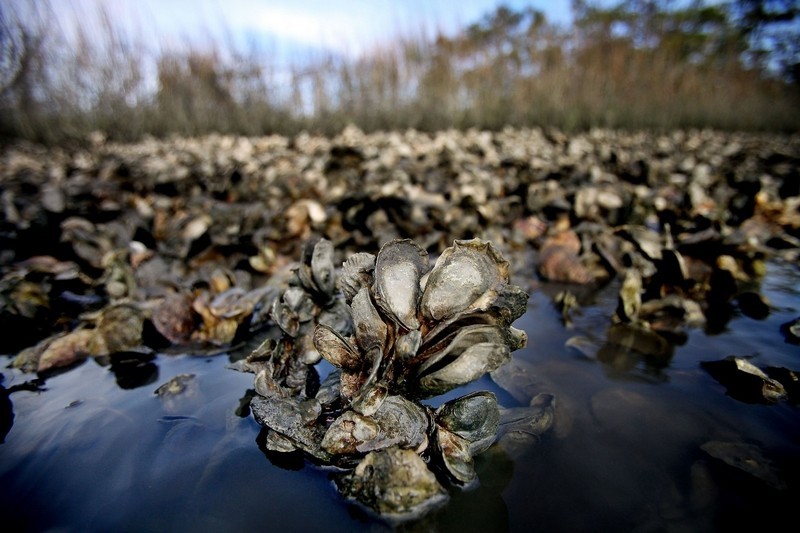 All South Carolina shellfish beds were closed to harvesting on Friday, October 7th by the South Carolina Department of Health and Environmental Control in advance of Hurricane Matthew arrival in the SC Lowcountry. This precautionary action was taken because of the likelihood of the occurrence of heavy rainfall and storm water runoff as a result of the storm.

We all know how that turned out. And, they now remain closed.

“All oyster, clam and mussel harvest areas were closed on Friday at noon and remain closed until evaluated and re-opened by the Department,” said Mike Pearson, manager of DHEC’s Shellfish Sanitation Program. “Individual areas will be opened as soon as conditions are acceptable for the harvest of shellfish.”

That means no local oysters for the time being. No oyster roasts either. And let’s not mention there are no clams to be had as well.

Dammit, Matthew. Our homes, our beaches…and now our oysters too!

To find out what’s going on locally, we reached out to Beaufort’s go-to for local seafood, Craig Reaves of Sea Eagle Market, who also leases his own oyster beds from the state. Craig told us, “I don’t expect it to be too long, but you never can tell. We have to wait until DHEC does their water sample testing and go from there. As soon as they tell us it’s safe, we’ll be out harvesting and Beaufort will have an abundance of oysters once again.”

Craig also pointed out that it’s been a bad season already. Locals weren’t able to harvest the private oyster beds leased from the state in September due to the extreme heat we experienced at the end of the summer, and basically only had a one week window from the time the heat ended to the time the call came about Matthew.

We certainly can’t wait to grab our share of local oysters, just as soon as we can.