It’s a love bug invasion in the Lowcountry 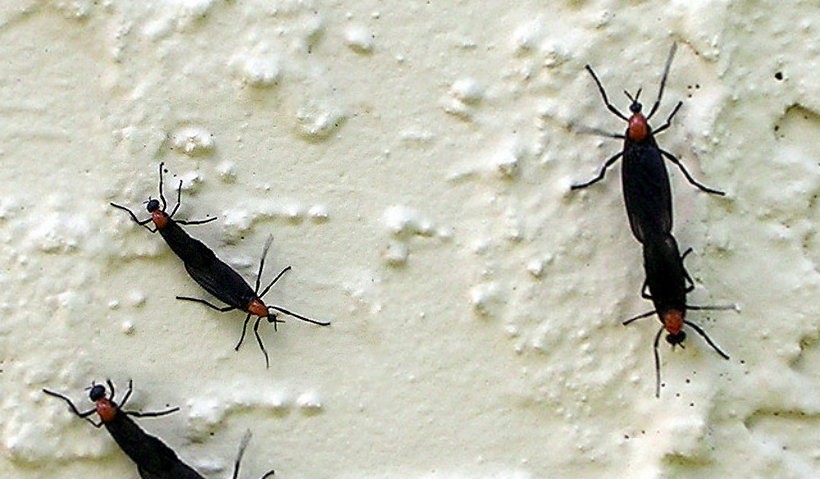 By Cindy Reid | It’s getting late in the summer and the invasion of the love bugs is upon us. Increasing in numbers over recent days, nobody ever really knows how bad the season will actually be. They don’t bite or sting, and their season doesn’t last long but boy, are they aggravating.

As annoying as they are, love bugs really are harmless to people or vegetation, in fact they’re helpful.  Their larvae help decompose decaying plant material, and they aren’t really even ‘bugs’ but are in fact a member of the fly family.

Or should I say members, as they usually seen flying in a pair, the male and female joined together, which sort just adds to their strangeness. In other parts of the south they are known as Florida lovebugs, honeymoon flies and the kissing bug.

Do you remember the first time you ever saw a pair flying around together? Were you like…”huh”?

This is their M.O., (taken directly from the internet as I simply could not have improved upon this description): “First, a mating swarm of males, 40 or more in number, takes to the air. Sperm-seeking females fly into the swarm, where they are quickly grasped by partners and whisked off to a more romantic setting in the vegetation. After mating, the pair remains entwined, and together they head off on a honeymoon of sorts, feeding on nectar and choosing a site for oviposition of the couple’s fertilized eggs.”

An interesting urban myth has it that the University of Florida created them by manipulating fly DNA to control mosquito populations, but scientists say they have simply migrated up from South America to the USA since 1940 when they were first noticed in Texas. They are now seen in all states bordering the Gulf of Mexico, as well as Georgia, South Carolina and North Carolina.

Fun Facts you may not have known about lovebugs:

· Their emergence, and their weird slow motion swarm, is called a “flight”.
· The amount of lovebugs in a flight can number in the hundreds of thousands.
· They hatch around twice a year, late spring and late summer and south Florida can have a third occurrence in December.(Lucky Florida!)
· They also rise in the air and have been seen at heights of over 1000 feet.
· Flights extend over periods of four to five weeks but individually they have a short life span, the adult females live only three to four days, while males live a little longer.

So hang in there, our lovebug season is a short one and we won’t see them again till next spring.

In the meantime… keep swatting!