It’s Girl Scout cookie time. Look for cookie booths set up in front of local businesses in the Beaufort area this weekend.  Girl Scout cookies are an absolute icon of American culture and have been around for nearly one hundred years. This Sunday is the day you’ll find them.

Local Brownie and Girl Scout Troops will be out in force on Sunday parked outside of Lowe’s, Belk and the Shell Point BI-LO.

Look for them at Belk in Cross Creek Shopping Center from 10am to noon, and again from 2pm to 4pm and at the BI-LO grocery store in Shell Point from 1pm to 3pm, and then from 3pm til around 5pm. They will also be at Lowe’s on Robert Smalls Parkway in the afternoon.

We buy these things up like crazy. Since 1999, young ladies and their mothers (and yes, lots of dads) have sold approximately $700 million in cookies. Of the millions of boxes sold every year, the most current breakdown of sales and revenue by each delicious variety looks like this: 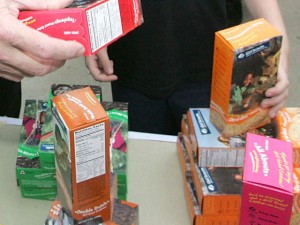 And some of us just love them all.

If you’re out and about on Sunday…support your local Beaufort Girl Scout. 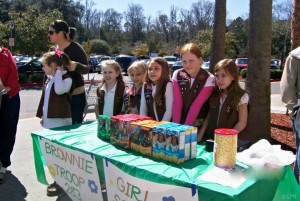