The National League of Junior Cotillions has announced the appointment of Valerie Althoff as the new NLJC Director for the Beaufort County Chapter in South Carolina. The National League of Junior Cotillions program, which features character education, etiquette, and social dance training for fifth-through eighth-grade students, includes five classes and two Balls over an eight month period.

The purpose of the National League of Junior Cotillions program is to give students instruction in ballroom dance and practice in the social courtesies needed for better relationships with their family and friends. Students actively learn life skills through a creative method employing role-playing, skits and games.

The social behavior component ranges from rules of conversation to formal and informal table manners. In addition to the usual courtesies connected with dancing, etiquette instruction is also provided with regards to the following: acknowledgment of gifts, behavior at cultural and civic events, correspondence, interaction in groups, introductions, paying and receiving compliments, receiving lines, sportsmanship and sports etiquette, instructional dinners, telephone courtesy, and many other areas of social conduct.

According to the organization’s website, children are taught:
Everyday manners, such as introductions.
Formal manners, such as how to host a party.
Character education, such as honesty.
Electronic etiquette, such as cellphone courtesies.
“Netiquette,” such as responding to emails.
Dances, such as as the waltz. 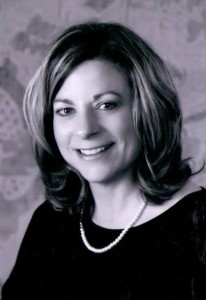