Kami Kinard new book to launch in party at ARTworks

“Middle graders are awesome! They haven’t yet lost that joie de vivre, so they still embrace the cute, fun, and funky! Especially girls”, says Kami Kinard, author of several young adult novels including the latest: The Boy Problem (Notes and Predictions of Tabitha Reddy)  to be released by Scholastic Press on April 29th and celebrated at ARTworks in Beaufort with a book signing and launch party.

After growing up in Camden, SC, Ms. Kinard has lived in several different parts of the state before settling in Beaufort with her husband and a teenaged son and daughter who provide real life inspiration for the characters in her books. “My daughter was in seventh grade at the time [I was writing The Boy Problem] 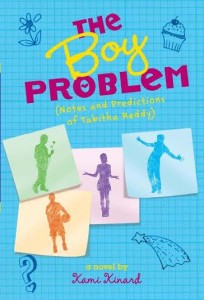 and I decided to deliberately populate my novel with things she found appealing. What better way to connect with readers of the same age?” And connect with her target audience she has, having penned her debut novel “The Boy Project” in 2012, which was declared “one of the “8 Books We Wanna Read in 2012” by Girl’s Life online and praised by Publisher’s Weekly in a review which said among other things that, “Kinard creates a highly credible middle-school universe of popular girls, dorky boys, unpredictable teachers, and volatile loyalties; she hits all the right notes…”

In the author’s newest book, a different middle school aged narrator who “believes in signs. Like fortune cookies. Magic 8-Balls. Shooting stars” tries to predict who her perfect boyfriend will be. (Undoubtedly, an all-consuming and angst ridden activity for the teen and tween set.) Needless to say, hilarity ensues, friendship is proved invaluable and important life lessons are learned along the way.

A busy working mom, though, Ms. Kinard doesn’t stop with the role of author. She also writes a for blog entitled “Nerdy Chicks Rule” (www.NerdyChicksRule.com ), which describes a “Nerdy Chick” as a “smart girl who flaunts brain power and flouts social norms”. Although more adult focused than her novels, the blog, which she runs with her friend and fellow children’s author Sudipta Bardhan-Quallen, is a comfort food amidst the overloaded buffet of social media. This is no “mystery meat”, but more a cream pie or a banana pudding, with posts about topics ranging from “Confessions of a Chronic Doodler” to “Savvy, Inspiring, Quotes from Smart Women”.

So what can’t this dynamo do? According to Ms. Kinard: Art. “I have just enough talent to be frustrated by what I can envision, but can’t do.” But she goes on to say, “I love creativity. It doesn’t matter whether words, colors, shapes, or flavors are put together in an unusual way, I love the creation of new ideas.” Because of this, she and her daughter frequently collaborate on crafts projects which are featured on their blog: Crafty Crafts (http://craftycrafts.wordpress.com/ ) which specializes in step by step instructions for crafts projects that kids can do.

Welcome to the whimsical world of Kami Kinard, where every day brings a new creative venture, boys are a “project” or “problem” on the scale of finding the perfect pair of earrings to go with an outfit, friendships among girls are forever, and mothers and teenage daughters actually host a blog together. If this sounds like your kind of place, then you might want to visit with Ms. Kinard at ARTworks on April 29th. The author will be signing books and hosting a launch party which includes cupcakes (her daughter’s favorite), crafts, and giveaways. So bring your own tween or teen and join the fun. Your world might just seem a little brighter and more whimsical afterwards, too.

Partners: The Beaufort Bookstore will be accepting pre-orders for books (843-525-1066) and will also have books on hand for purchase at the event. 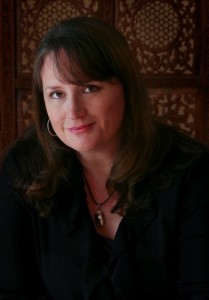