The Week the Women Went airs Tuesday (lots of Beaufort in it too!)

Filmed in Yemassee with LOTS of Beaufort in it too, starting this Tuesday August 14th at 10pm, Lifetime Television Network will be airing the show ‘ The Week the Women Went’, a five-episode seven hour docudrama in which producers extracted all of the adult women from nearby Yemassee, South Carolina, and then watched as everyone with a Y chromosome was left to fend for himself, raising the kids, tending to home, and operating all the local businesses.
It’s like Wife Swap if the other mother never showed up. 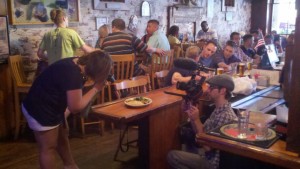 Filmed last year, the series showcases the Yemassee, but Beaufort made it in too.
Eat Sleep Play Beaufort photographer, Amy Daring, was one of the women ‘stars’ of the show, and the show follows her on an assignment of ours when she went to Luther’s Rare & Well Done in downtown Beaufort to take some food photos for a story we were doing back then at the time.

Lifetime won’t be just for women when the show airs, as everyone will undoubtedly want to see it, no matter which chromosome they possess.

Production on the U.S. TWTWW took place in early August last year, with producers choosing Yemassee, of all places,  following a selection process in which roughly 100 small communities were considered.
Wendy Walsh, a TV psychologist who pops up frequently on CNN and has played a TV reporter in movies such as The Day After Tomorrow and The Cable Guy, will narrate the show.

Check out the video trailer for the show here.  There are several familiar faces in it… 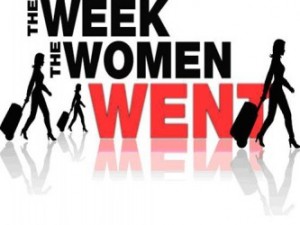