A major big boat sailing event is taking place in Beaufort this weekend to commemorate 453 years since the founding of Santa Elena on Parris Island in the spring of 1566.

The Founder’s Cup trophy is unique and quite an honor for the winner. The name of the winner will be etched on the base of a bronze statue of Pedro Menendez, Santa Elena founder, which was donated by Count Alvaro Armada of Spain, the 20thgeneration descendent of Menendez. 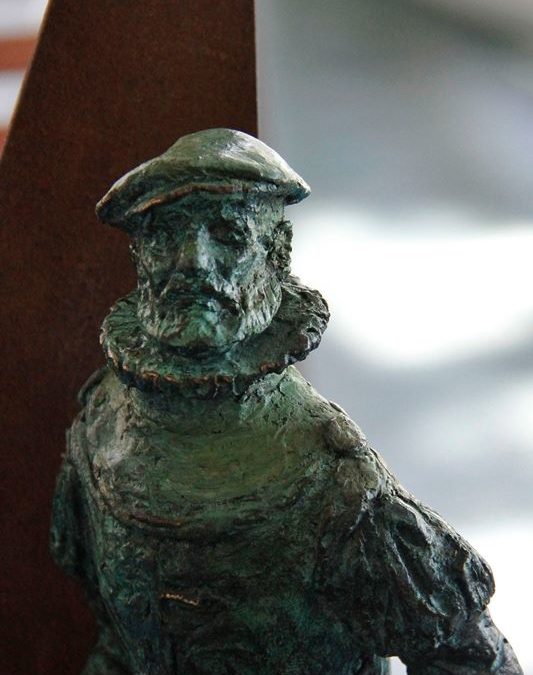 Geography not only plays a major role in the historical references but also in race logistics. The plan is for the Ribault Cup to be sailed in Port Royal Sound and the Menendez Cup in the Beaufort River starting at the Waterfront Park.

“What a great partnership. The Regatta is a wonderful tradition for the Beaufort Yacht and Sailing Club and, now, the Santa Elena Foundation,” says Megan Meyer, Santa Elena History Center Director. “Its significance is further realized as we think back 450+ years ago… when earliest European settlers too sailed into Port Royal Sound to establish their settlements in the New World.”

The Regatta is open to boats with a PHRF rating that are at least 22” LOA. Boats that are 18’ LOA and over will be considered on a case by case basis. Trophies will be awarded for both the Ribault and Menendez Cups as well as to the overall winner of the Santa Elena Regatta.

Several social events associated with the Regatta took place over the weekend including a kickoff Skippers Meeting and cocktail party on Friday night before the race, an Awards Dinner on Saturday night and an Awards Presentation on Sunday after the racing is over. All social events will take place at the Beaufort Yacht and Sailing Club.

For more information about the historic, local significance of Pedro Melendez and Jean Ribault, and to learn more about the Santa Elena Foundation visit www.Santa-Elena.org.

The Santa Elena Foundation is a nonprofit organization based in Beaufort County, South Carolina. The mission of the foundation is to discover, preserve, and share the untold story of America’s first and lost century through the rise and fall of Santa Elena