By Micah Peppers | The bi-annual MCAS Beaufort Air Show officially kicked off on Saturday and by the time it’s over it will bring nearly 100,000 spectators to get a closer look at the myriad of historic military aircraft, modern jets, and of course the U.S. Navy Blue Angels.

The much-anticipated event was free to the public with gates opening at 9am and the fun began the moment the public began to flood the entrance. Families could stroll along the tarmac to learn about various helicopters, planes, and even cars.  Many, such as the WWII-era C-54/R4D, could even be toured.  Others could still be viewed up close. Pilots were more than willing to provide history of the aircraft and answer questions and there was even an opportunity to take a helicopter ride in a UH-1H Huey and an AH-1F Cobra.
Off to the side of the static displays was a designated children’s area. Kids were found jumping on one of the more than 20 bounce houses, or creating colorful masterpieces on a 20 X 6 mural. Older kids weren’t left out either.  As long as they were height eligible, they could enjoy the two inflatable obstacle courses and large slides. Also available are items that could be purchased such as clothing apparel, souvenirs, or model planes, and of course food.

The Parris Island Marine Band led the opening ceremonies and was immediately followed by the USMC Legacy pass, which featured the F-35B, F/A-18, AV-8B, and the MARSOC Parachute Jump.  The show continued with various gravity-defying stunts by Rob Holland in his Extra 300 and Gary Ward and his MX2 before shifting gears to the heart-pounding jet noise of the F-16 Viper Demonstration flown by Major Waters. At 2:25, Major Peppers demonstrated the capabilities of the F-35B by conducting a vertical climb on takeoff, a series of high-speed passes, an impressive hover sequence, and a slow landing. Afterward, the onlookers enjoyed the GEICO Skytypers before the highly anticipated U.S. Navy Blue Angels took flight.  Their incredible maneuvers, often only 18 inches from each other, had the audience captivated as they roared over top of the crowd.

By opening the gates to the public, it allows MCAS to continue to educate the Lowcountry on the mission of the Air Station, along with showcasing all branches of the military service.  With a full day of fun for the entire family, the Beaufort Air Show, once again, did not disappoint.

If you couldn’t make the air show on Saturday, you still have an opportunity to come out on Sunday!  With the predicted low cloud bases, not only will the temperature be comfortable, the show is guaranteed to be packed with multiple low-altitude, high-speed maneuvers.
Don’t forget your sunscreen, a chair… and some hearing protection.
To enjoy more than 100 photos of the day’s fun, visit our Photo Gallery here.
Photos by ESPB/Jessica Miller 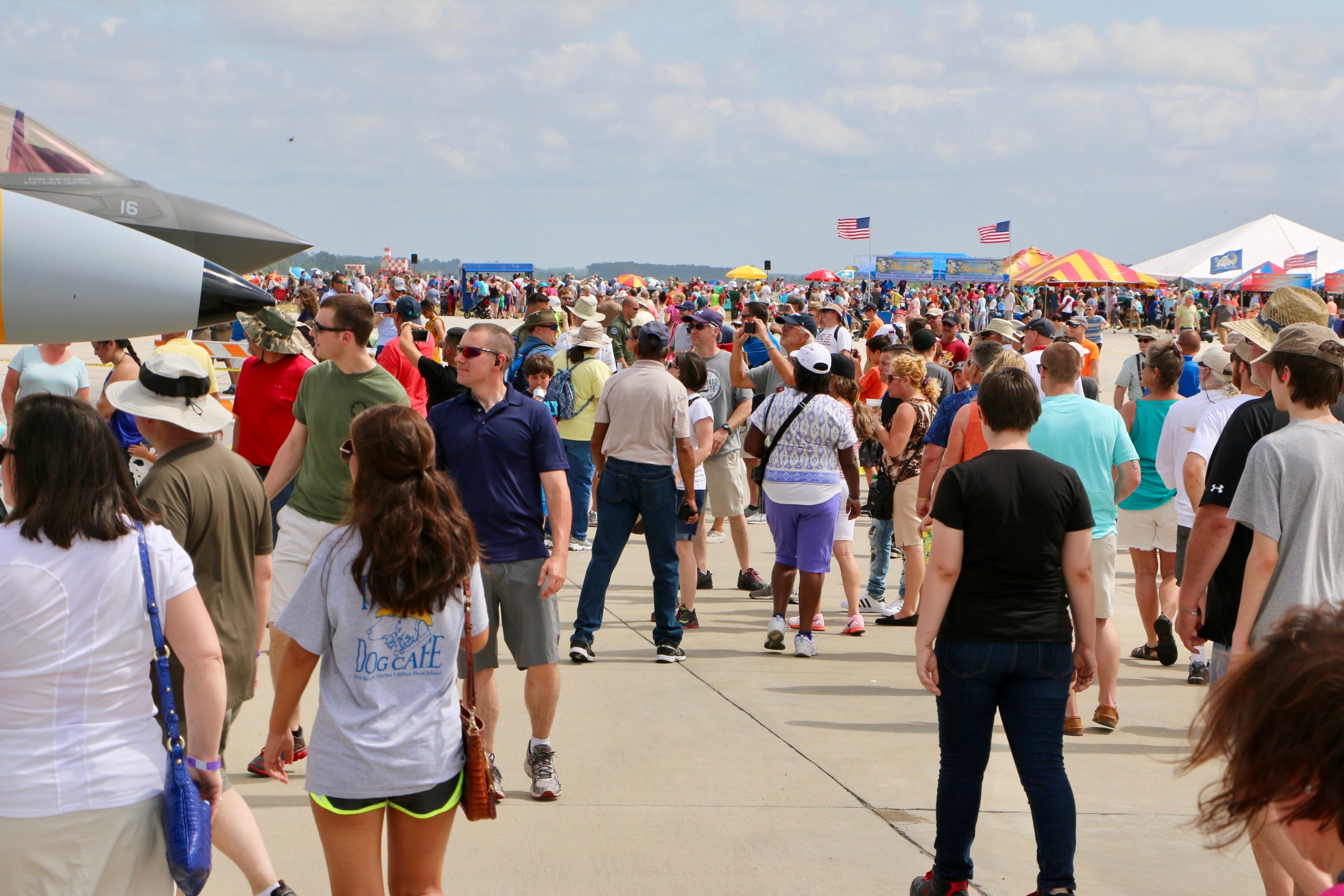 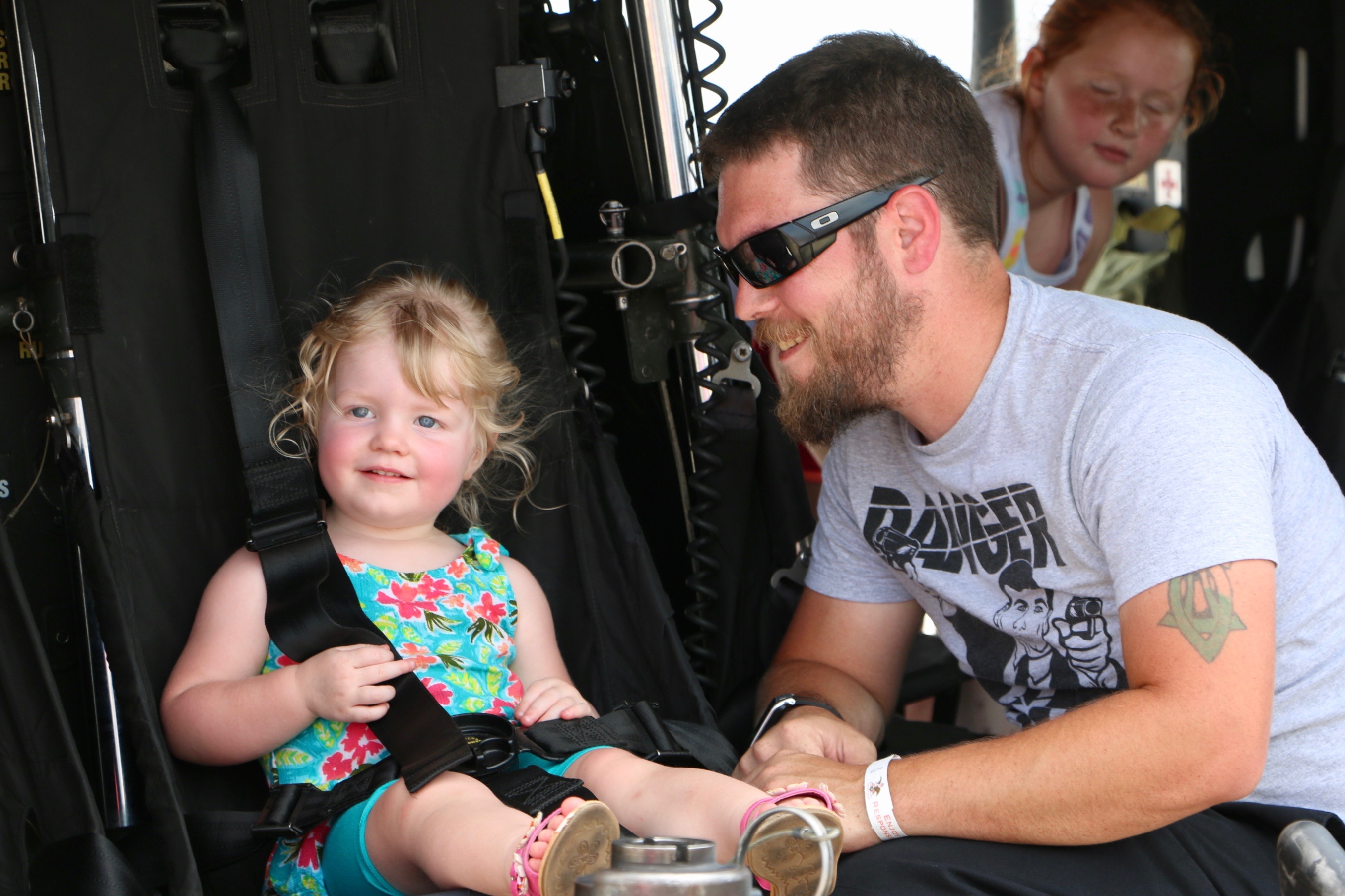 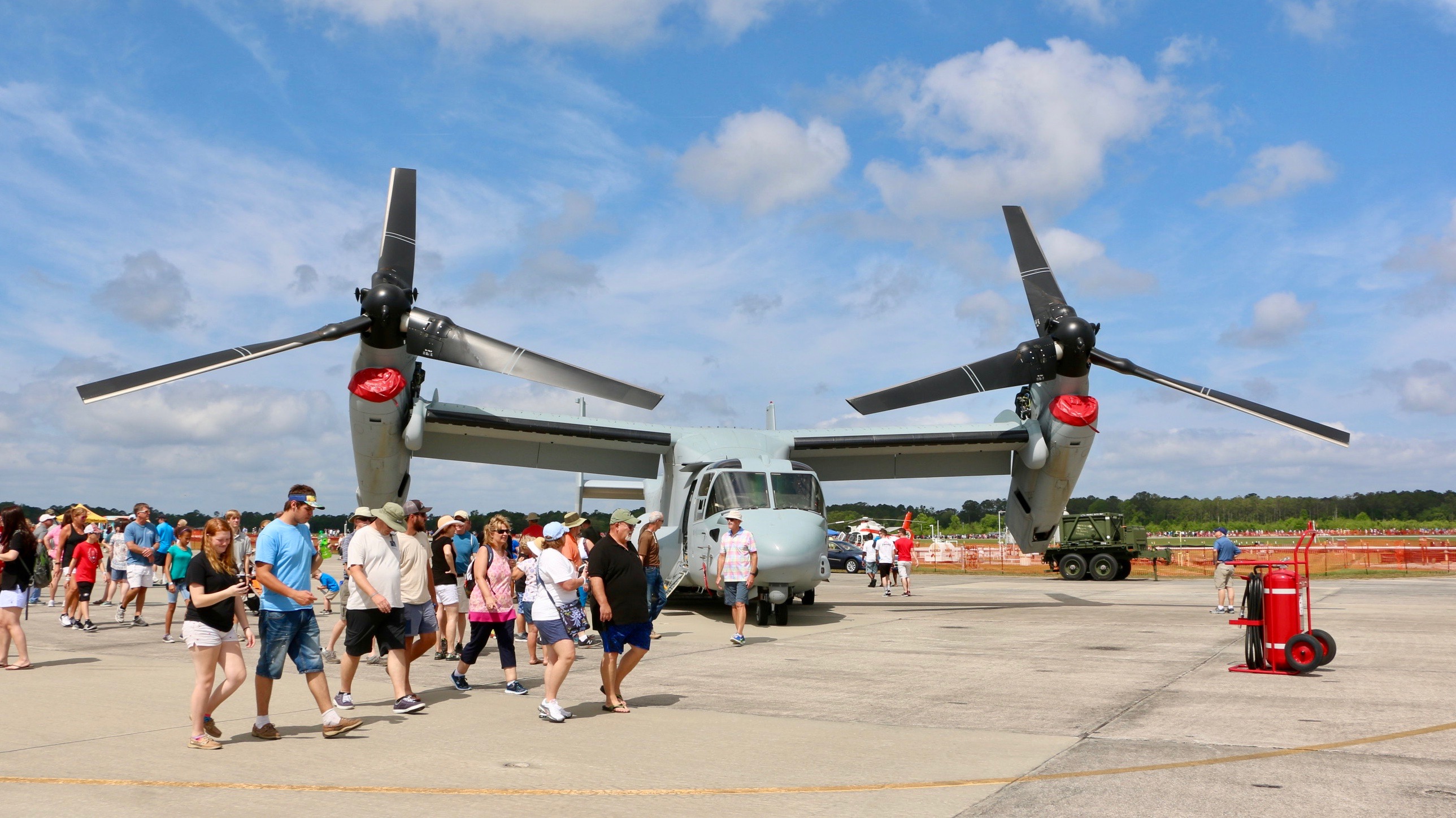 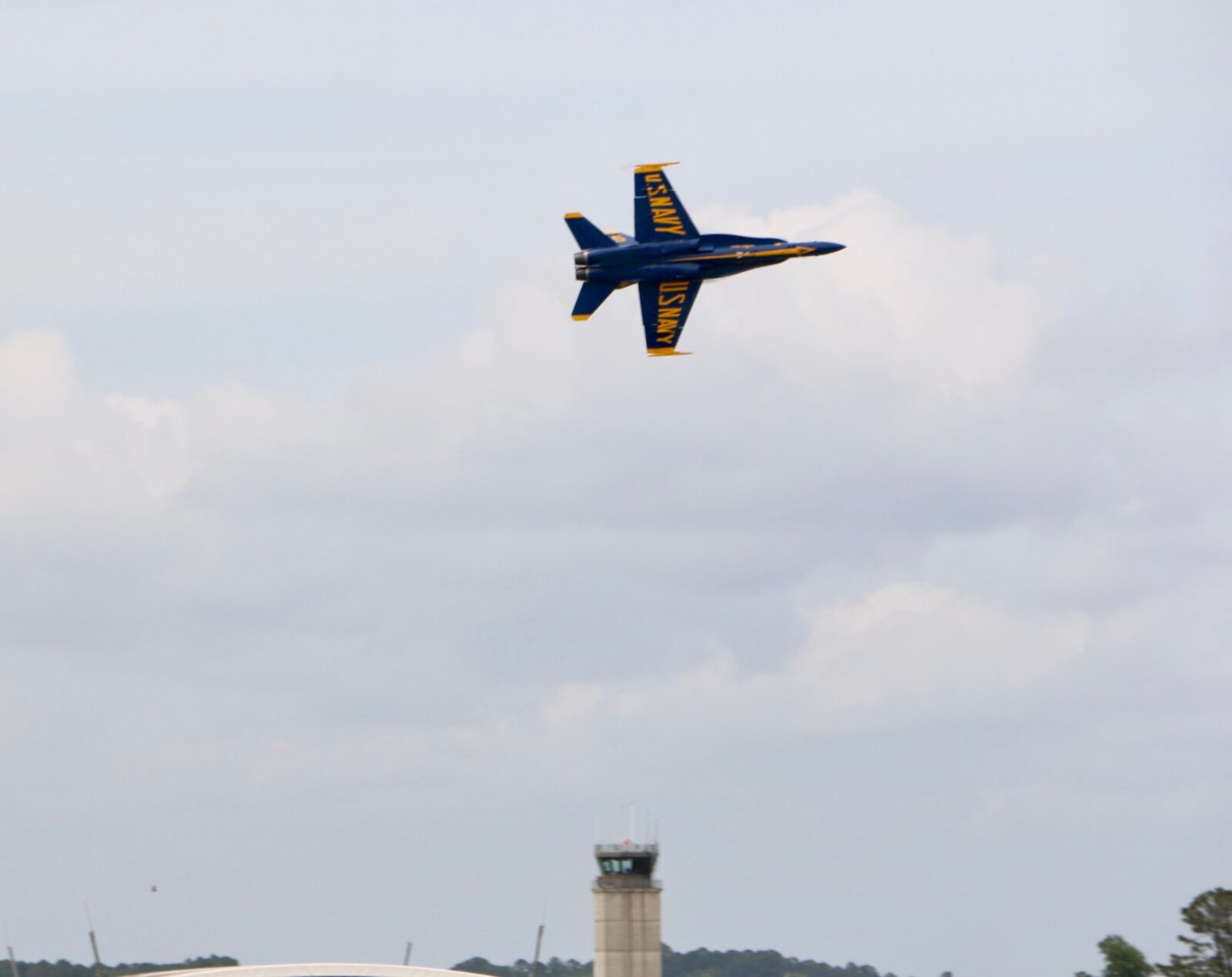 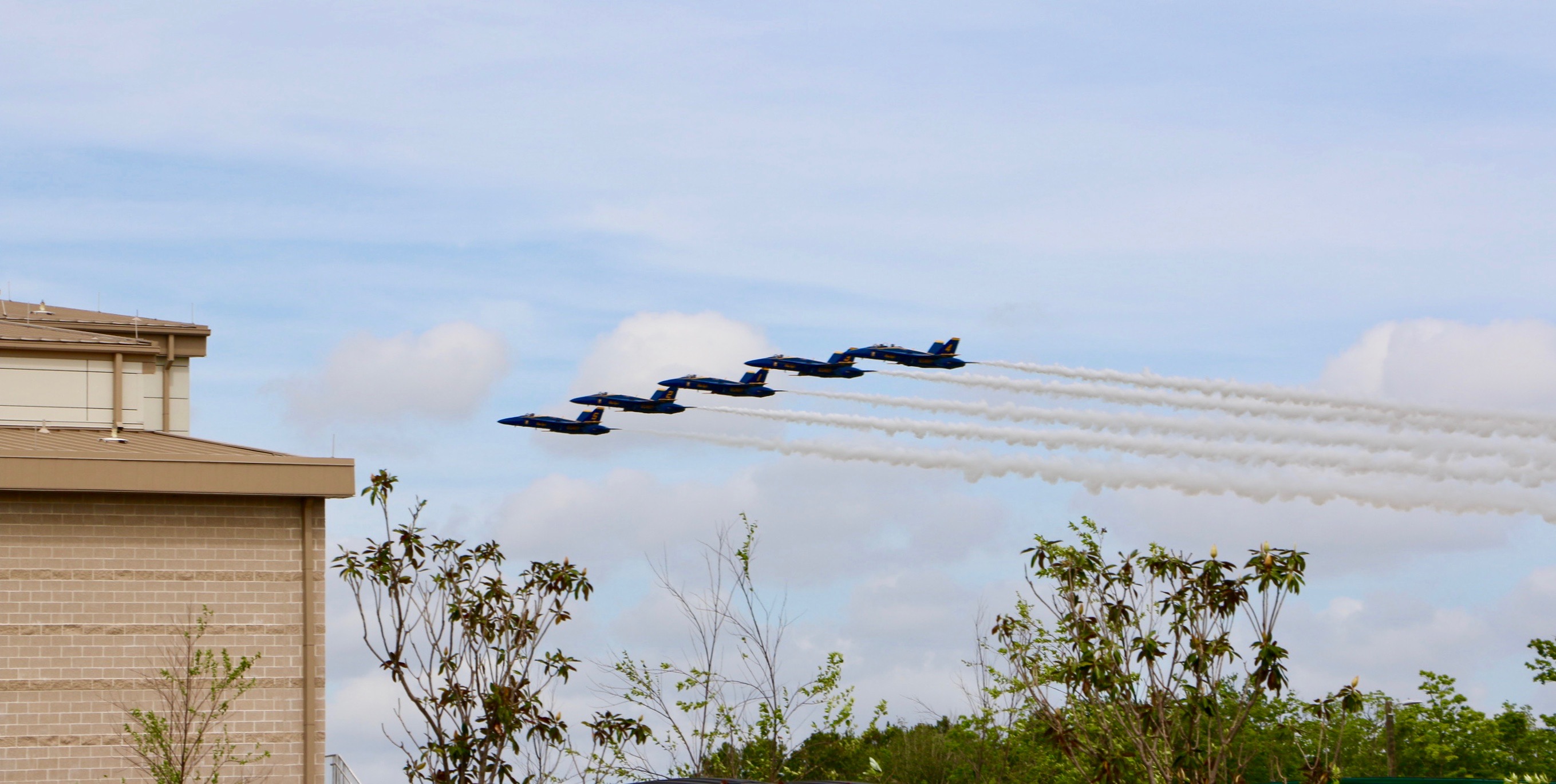