MCAS Beaufort Air Show will be flying high over Beaufort, SC this weekend!

The iconic Blue Angels and The famous Navy flight team will headline the Marine Corps Air Station Beaufort Air Show and perform for the public April 27-28.

Gates open at 9 a.m. each day, with opening ceremonies at 11:15 a.m.  The Blue Angels are scheduled to perform at 4 p.m. following a line up of stunt pilots and military plane demonstrations. The U.S. Navy demonstration team of F/A 18 Hornets delivers a 10-minute performance including maneuvers in a four-jet “diamond” formation and six-jet “delta” formation.

Also planned are demonstrations of the F-35, F-22 stealth fighter and AV-8. A kids zone and a variety of military aircraft, vehicles and equipment will be on display as well. 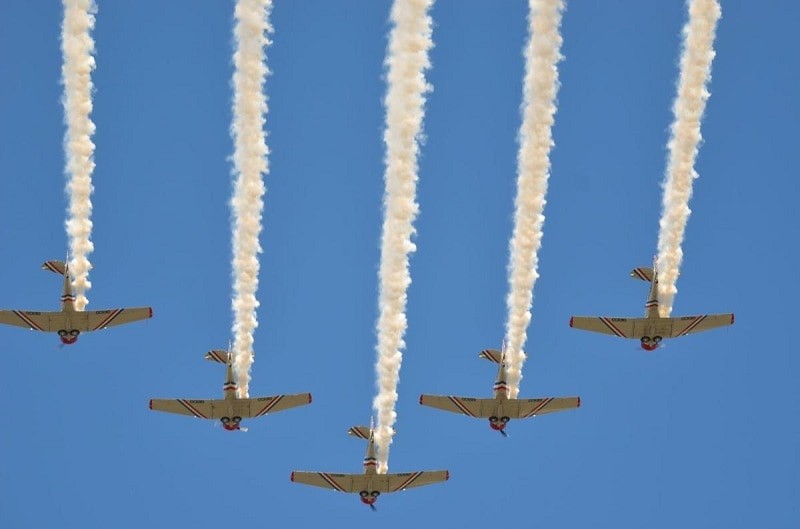 VIP guests, VIP pass holders and authorized military vehicles needing handicap parking will enter through the main gate. All other visitors will use Gate 3 or 5 on Trask Parkway and be directed by law enforcement and traffic signs. Air show general admission and parking are free. Spectators will watch from paved and grassy areas and can stand or sit on blankets or lawn chairs. Tickets are for sale at www.beaufortairshow.com for seats with better views and amenities. Once cars enter the gates, they will be directed to general parking areas. Parking is first come, first served.

For all the information you need to know, or if you would like to buy tickets, you can visit this link http://www.beaufortairshow.com.